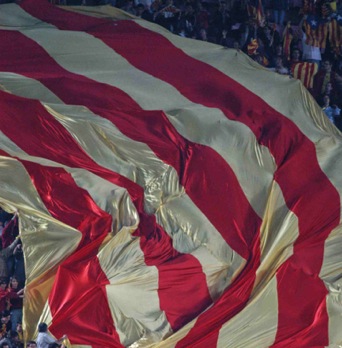 Catalonia head coach Johan Cruyff has included Arsenal star Cesc Fabregas in his squad for the friendly against Argentina later this month – against the wishes of Arsene Wenger.

However, the Arse are under no obligation to release their skipper as Catalonia are not recognised by FIFA.

Wenger said in a press conference on Friday: “We don’t allow the players to play in friendlies because we have too many games [at Arsenal].

“In life you always have to do well for the guy who pays you and the rest is less important.

“If they want to play charity games, the best way to be charitable is to sign a shirt, because basically I consider [playing in games] is on the cost of the club.”

Chances of Fabregas being released for this match: less than zero.