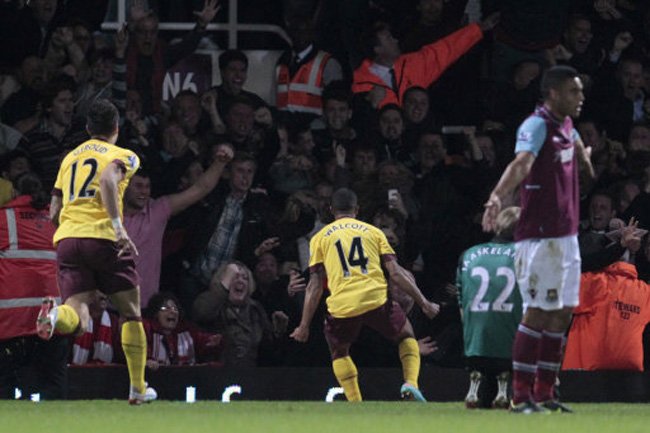 Arsenal came from a goal down to secure a deserved 3-1 win at Upton Park in the late game on Saturday. Despite having the lion’s share of the possession from the start, the Gunners conceded on 21 minutes, when Mohamed Diamé jinked past Carl Jenkinson and Aaron Ramsey before curing a superb shot past Vito Mannone.

The Gunners pushed for an equaliser and were eventually rewarded just before the break, when Olivier Giroud finally broke his Premier League duck, poking home a Lukas Podolski cross.

After the break, Kevin Nolan had a couple of good chances to put the Hammers ahead, but the introduction of Theo Walcott turned the game decisively, with the winger who dreams of being a striker firing home after latching on to Giroud’s clever pass. Then, the superb Santi Cazorla made it safe for the Gunners with a superb long-range effort.

A well-deserved win for the Gunners, who move up to fifth. As for the Hammers, they stay in the top eight.