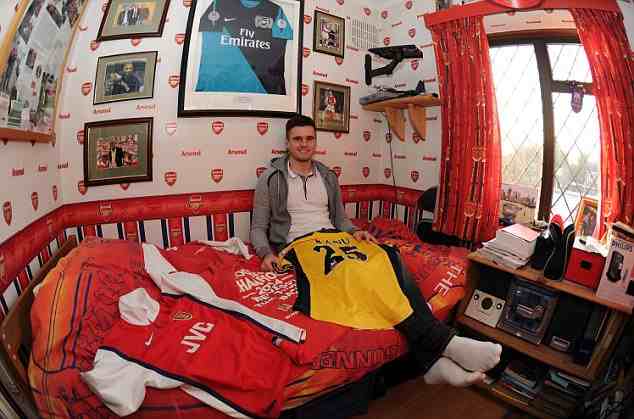 As a teenager, Carl didn’t have many girlfriends…

After a superb start to the season for the Gunners, in which he has more than ably filled in for the injured Bacary Sagna, ex-Charlton full-back Carl Jenkinson, he of the remarkably small face, has decided to pledge his senior international future to the Three Lions.

With a Finnish mother and English father, the 20-year-old Jenkinson has represented both Finland and England at youth level. But now, after joining in on England training session to replace the injured Kyle Walker, Jenkinson has nailed his colours to the mast. England boss Roy Hodgson seems cook-a-hoop to get the youngster on board, saying:

“He didn’t take a lot of convincing. We had a problem with Kyle Walker and wanted a full complement in our training session, so we called Carl up. He was in my thoughts anyway.

“I invited him to train with us knowing full well he couldn’t take part in this game, but it gave me the opportunity to sit down and ask him the question.

“I don’t want to trick him to play for England in a few minutes in a game to block him, but he had to make a decision because we’re very interested in him, even if the competition is tougher to get him into the England team rather than the Finland team. He made it very clear he wanted to play for England.”

However, despite an impressive start to the season, is Jenkinson really ready for England? Admittedly, this isn’t the best England squad ever, but with the likes of Walker, Glen Johnson and Micah Richards (if and when he gets back in the squad), will Jenkinson ever be anything more than a back-up player.

With Finland, he’d no doubt be a regular from the off.  So is he wise in choosing the Three Lions over the Three, er, Reindeer?