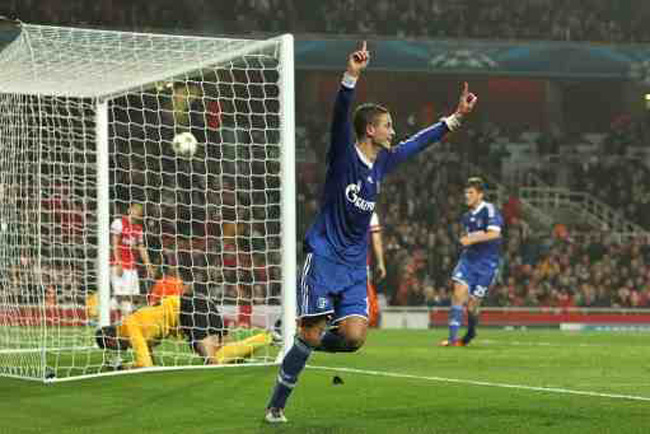 After seeing their side suffering a shock 1-0 defeat away at Norwich at the weekend, Arsenal fans were looking for a positive reaction from their players against Schalke on Wednesday night. However, instead they witnessed another flimsy, feeble display for the Gunners, with their German opponents well worth their 2-0 win.

That defeat was Arsenal’s first at home in a Champions League group game since 2003, with Arsene Wenger’s men looking bereft of ideas and mentally jaded. Indeed, it took until the 93rd minute for the Gunners to even muster a shot on target.

In a team of weak links against Schalke, Andre Santos was the weakest of all, consistently skinned all night long in a performance of sheer ineptitude.

The goals came from Klaas-Jan Huntelaar on 76 minutes and Dutch wideman Affelay on 86 and it could have been much worse for the Gunners. All that early season Gooner optimism has been replaced by the acceptance that another season of disappointment awaits.