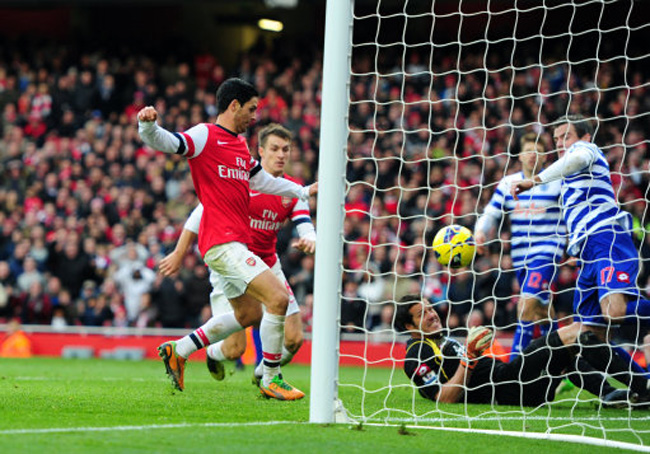 Desperate they may have been to put their bounce back from their defeats to Norwich and Schalke, but Arsenal once again failed to impress against Premier League strugglers QPR at the Emirates.

Jack Wilshere was back in midfield, while Bacary Sagna also returned to action, and while the former looked as though he’d never been away, the Gunners failed to produce enough clear-cut chances in the first-half.

After the break, the home side continued to press but the Hoops were organised an resiliant, while Julio Cesar was in super form between the sticks, producing a number of fantastic saves. However, once again a Rangers’ player saw red, this time courtesy of Stephane M’Bia’s stupid kick-out at Thomas Vermaelen. Soon after, the goal finally came for the Gunners, with Mikel Arteta finally bundling the ball over the line, albeit from an offside position. Sub Jamie Mackie did have a great chance to velen the scores for the 10-man Hoops, only to fire straight at Vito Mannone. And that was that.

Still, the Gunners will be relieved to get back to winning ways, despite the nervy performance. As for Mark Hughes and co, the struggle continues.