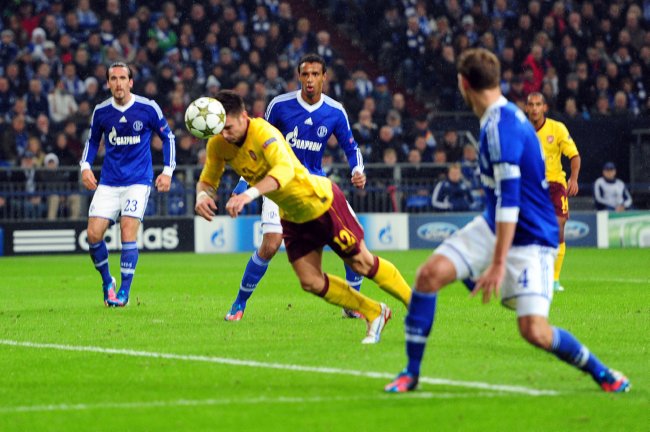 Arsenal squandered a two-goal lead in Germany on Tuesday night, and ultimately had to settle for a draw with Schalke.

Theo Walcott, who had recovered from a suspected bout of contractivitus, returned to full health to put the Gunners ahead before Olivier Giroud doubled their advantage before the half-hour mark. However, just before the break, Klaas-Jan Huntelaar got a vital goal back for the Germans.

After the break, the Gunners struggled as the home side pushed for an equaliser, and eventually it came, after more poor play from Thomas Vermaelen, with Jefferson Farfan firing home on 67 minutes.

The visitors dug in and held on for what could prove to be a vital point, although Walcott had a great chance at the death to win the game for the north Londoners.

Despite throwing away a two-goal lead, a point away at Schalke is still a decent result which leaves the Gunners second in Group B, a point behind the Germans and a point ahead of Olympiakos. All very dramatic.