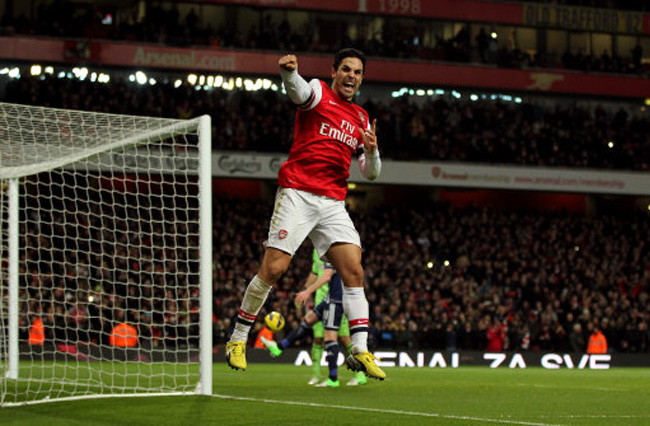 Spaniard Mikel Arteta bagged a couple of penalties for the Gunners at the Emirates on Saturday, as the home team deservedly beat high-flying West Brom. Those spot-kick goals were the first the north Londoners had scored at home in eons. However, Arsenal’s first penalty came after yet another bit of ‘simulation’ from the Premier League’s stars, this time in the diminutive form of Santi Cazorla, who made a right meal of a challenge from Steven Reid.

The Baggies themselves had a call for a penlty of their own, when Per Mertesacker looked to have handled the ball but overall, Steve Clarke’s side were second-best for the majority of the game. Indeed, Jack Wilshere and Lukas Podolski in particular had great chances to add to the scoreline.

The result sees the Gunners move back up to sixth, just two points behind the Baggies.