You may have noticed that Arsenal are going through a bit of a slump of late which has culminated in them losing a few football matches against supposedly lesser opponents — in other words, IT’S CRISIS TIME AT THE EMIRATES!!!

Despite what you are being led to believe it’s not the end of the world; they’re still a fairly handy football team with a brilliant manager, but it’s apparent that the squad needs a good kick up the arse – failing that, a total overhaul – if expectations are to be met.

We thought we’d have a sift through, player by player, and see just who we’d keep and who we’d cast into the fiery pit that is the transfer list. As you’ll see, we haven’t concerned ourselves with the logistics of maintaining squad balance or providing replacements, we’ve just rated ’em and/or slated ’em… 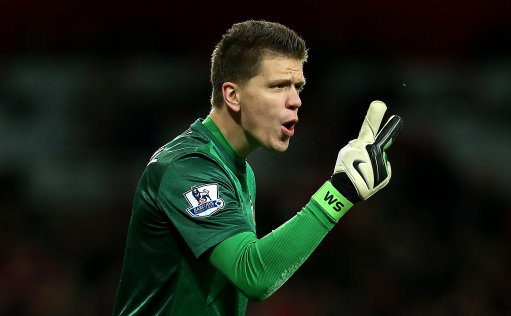 Wojciech Szczesny – An athletic shot-stopper but fleetingly prone to poor decision-making and lacking in the kind of dominant reassuring presence that centre-backs crave. Absolutely worth keeping, but the procurement of a senior superior would be a fairly high priority. Verdict: Keep.

Lukasz Fabianski – An able deputy left low on confidence by years of second fiddle syndrome. Also seems to play in complete silence – a dangerous trait in a goalkeeper if so. Verdict: Ditch.

Vito Mannone – We’ve long considered Mannone to be the better ‘keeper of he and Fabianski but, for a club with upper Premier League aspirations the Italian should be considered as a back-up and nothing more. Verdict: Keep for now.

Bacary Sagna – By virtue of being utterly tireless, positionally sound, vastly experienced and having a fairly under-rated cross on him these days, Sagna’s definitely one to keep hold of. Verdict: Keep. 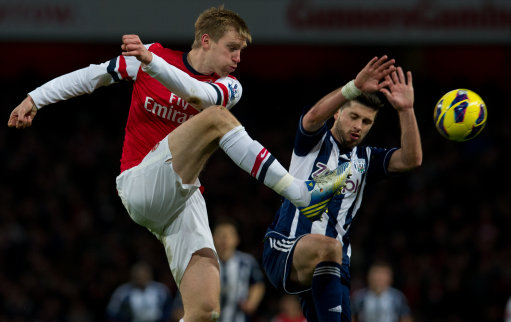 Per Mertesacker – Per has his knockers *ahem!* but you don’t pick up 85 Germany caps without being incredibly good at something. He’s a solid centre-back but, unfortunately, Mertesacker can struggle to keep up in flat foot races with the Premier League’s nippier strikers (we can sympathise) meaning his one defensive shortfall is glaringly apparent when it crops up. Verdict: Keep.

Thomas Vermaelen – The best (and most versatile) defender at the club by a clear margin. Verdict: Keep.

Laurent Koscielny – He may have naff games from time to time but Kos is essentially improving all the time. Verdict: Keep.

Sebastien Squillaci – You could see the logic in adding a fairly cheap, grizzled, seasoned campaigner to a reedy defensive garrison, but Squillaci’s signing just hasn’t paid any noticeable dividends other than padding out the bench. Verdict: Ditch.

Johan Djourou – The time has come and gone for Djourou to burst through. He was poised at one point a couple of seasons ago, but has lay dormant since for one reason or another. Verdict: Ditch. 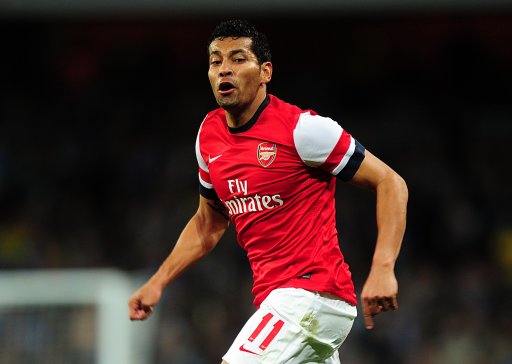 Andre Santos – A groaning liability whenever he plays at left-back. Wayward and ineffective going forward, undisciplined and easily brushed aside coming back. A gamble of a signing which we reckon Arsene secretly regrets making and a figurehead for the flimsy fringe of the Arsenal squad. Verdict: Ditch.

Carl Jenkinson – As with Koscielny, Jenks is ever improving though yet to fully convince. There is plenty of time for that though. Verdict: Keep.

Kieran Gibbs – A promising young left-back who just needs to toughen up – though of course there’s every possibility that there’s nothing he can do about his persistent injury niggles because sometimes DNA is just a complete bastard. Verdict: Keep.

Abou Diaby – You keep him; you get three imperious performances a season and a mountainous physiotherapy bill. You ditch him; you surrender the possibility of him eventually fulfilling his incredible potential at your club. Verdict: Keep. 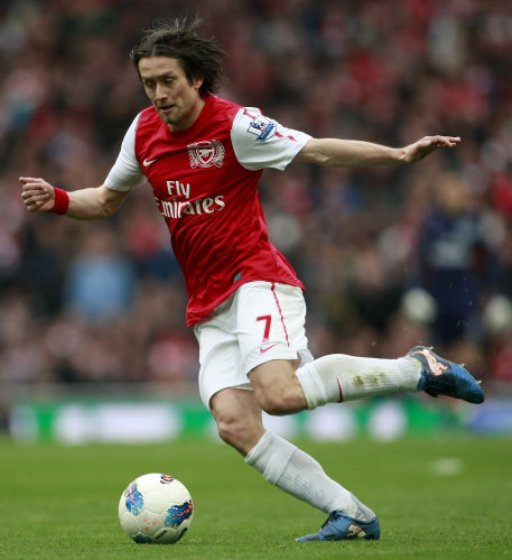 Tomas Rosicky  – Still floats around effortlessly when called upon, but a sustained starting berth is almost definitely out of the question these days due to general knack. He’s a high standard squad player to have in reserve, but maybe a clean break would benefit both parties. Verdict: Ditch.

Mikel Arteta – A steady presence in Arsenal’s midfield this season though you cant help but feel Arteta is the kind of player Arsenal should have been signing 3/4/5 years ago. Verdict: Keep.

Aaron Ramsey – Has looked relatively sluggish and hesitant since returning from his gruesome broken leg. Might be worth loaning him out at one of the Championship’s better ball-playing sides to help him get the ‘edge’ back while Arsenal’s central midfield is relatively plush. Verdict: Keep. 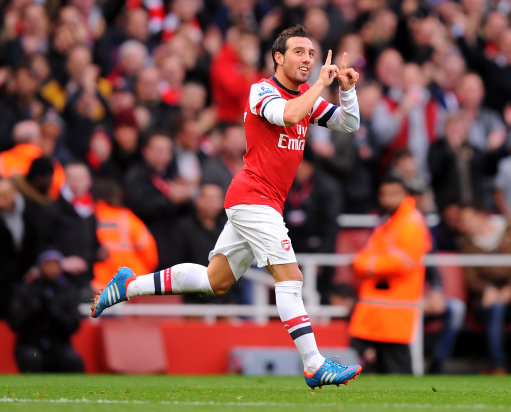 Francis Coquelin – Looks alright but it’s far too soon to make any judgement on his longevity. Verdict: May as well keep.

Andrei Arshavin – We love Arshavin, but for purely non-footballing reasons and that’s the problem really. Just isn’t going to be part of Arsenal’s future. Simple as that. Verdict: Ditch.

Lukas Podolski – Doesn’t possess quite as much class as many people appear give him credit for, but the German forward is definitely too good to let go in the current climate – though we’ve never rated him much as a wideman. Might be worth trying out ‘up top’, possibly playing off Giroud. Verdict: Keep. 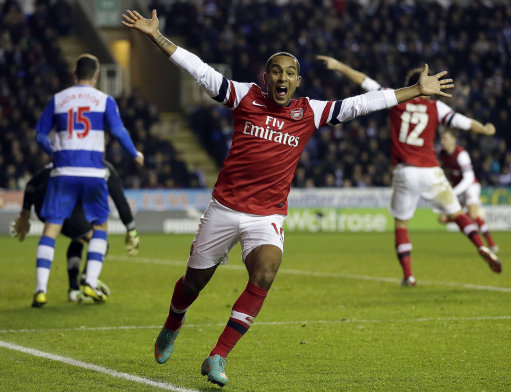 Theo Walcott – We’d be sorely tempted to sever all ties if he keeps carrying on like he’s the second coming of Thierry, but there’s a more than decent player in there somewhere. Verdict: Keep.

Alex Oxlade-Chamberlain – Only 19-years-old and definitely needs the rough edges polishing, but a gem’s a gem. Verdict: Keep.

Olivier Giroud – After an unsteady start, we’re starting to see an effective battering ram frontman. Fearsome in the air and more than capable of leading the line when he plays with the wind behind him. Could do with a ‘little man’ (Podolski?) darting around to help him on occasion as he’s not really agile enough to play up-front alone all the time. Verdict: Keep.

Marouane Chamakh – The look of outright shock on his face when he scored against Reading said it all. Even he doesn’t expect it any more. Forlorn, out of form and unlikely to recover it at The Emirates. High time for him and his terrible, terrible hair to move on. Verdict: Ditch. 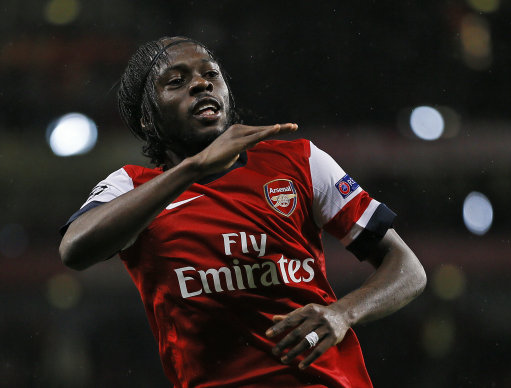 Gervinho – The Ivorian wisp almost perfectly typifies Arsenal at the moment: a lightweight stopgap solution, routinely disappointing and prone to tragically misfiring at crucial moments, all the while offering momentary, though increasingly rare glimpses of why you kept faith in the first place. Verdict: Not good enough. Ditch, ditch, ditch.

There we go; that’s Pies’ verdict, how about showing us yours? There are no rules, you don’t have to worry about funding replacements, etc. All you have to do is sort the wheat from the chaff.

Right. We’ve kitted you out, now let’s hear it!