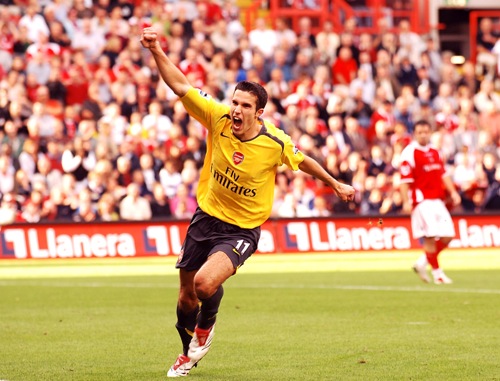 I don’t care which part of his leg it came off (lower shin? it doesn’t matter), this unique goal simply had to be on this list. So many so-called wonder goals are no more than well-struck thumps from 25-30 yards out, but this was something I’d never seen before (though there are similarities to Gus Poyet’s joyous, flying scissor-kick for Chelsea against Sunderland), something utterly creative and almost impossible to replicate.