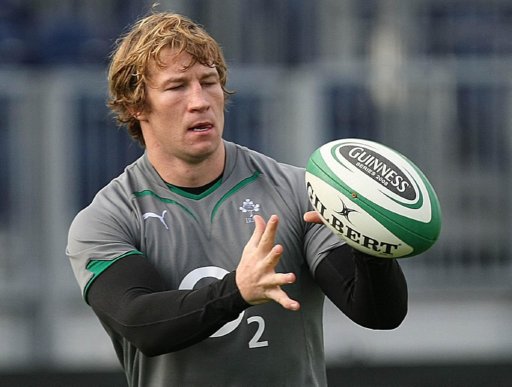 Seems Arsenal are getting serious in their efforts to toughen up their squadfull of nimble wimps this summer, being as the Gunners have announced that former Ireland rugby international Jerry Flannery has joined the club on a work placement as a strength and conditioning coach.

There is a large Irish contingent working behind the scenes at Arsenal, with the Gunners Academy’s head of sports medicine, the club doctor, one of the physios and a couple of the coaching staff all hailing from the Emerald Isle, as well as Academy grand fromage Liam Brady.

A bona fide Irish and Munster rugby legend, grand slam winner Flannery, 34, was forced to retire from playing last year due to a long-standing calf injury, so you get the feeling that he’ll fit right in at Ar…goddamnit, even we didn’t have the gumption to finish that one and we’ll stoop to any old cheapshot.

Anyway, here’s a brilliant little snippet of Flanners detailing just why the upkeep of his immaculate hair is ten times more important to him than his timekeeping skills…