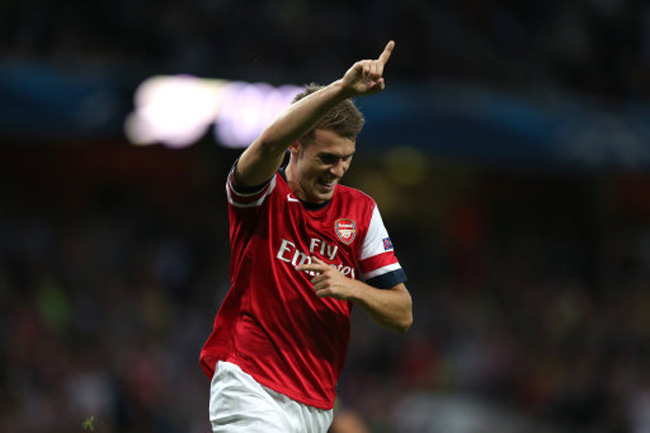 Aaron Ramsey was once again the main man for Arsenal as the Gunners strolled to a 2-0 home win against Fenerbahce, a result which sees them ease into the Champions League proper on the back of a 5-0 aggregate score.

The Welsh midfielder netted  a goal in both halves as the home side outclassed a Fener side who resorted to kicking their opponents as the game went on. Santi Cazorla was also outstanding in midfield along with Jack Wilshere.

One negative for Arsene Wenger on the night was the apparent hamstring injury to Lukas Podolski which may well see the German miss out on the forthcoming north London derby. However, a place in the Champions League proper for the 16th time in a row is quite  feat and one which should boost the Gunners ahead of that clash with Spurs on Sunday.