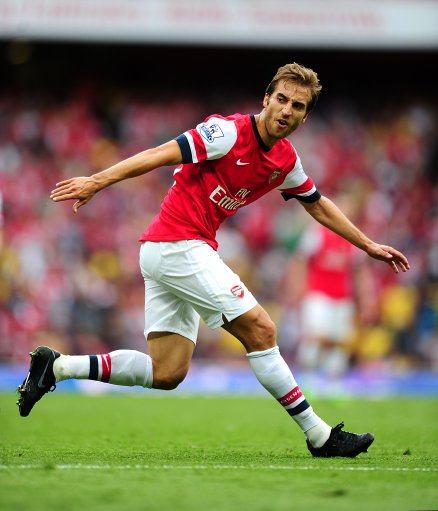 Jack Wilshere is a delicate little flower, largely unable to fend for himself in this big, wide world, so thank goodness then that’s he’s got Mathieu Flamini to back to him up in the middle of the park.

Nothing concrete has been or is likely to be confirmed, but it’s being tentatively reported this morning that the FA wanted a word with Flamini after Arsenal’s 3-1 win over Stoke on Saturday after it was alleged that the French midfielder threatened to ‘blind’ Marc Wilson if he continued going in hard on poor ‘ickle Wilshy.

After Wilson crunched Wilshere’s ankles for the umpteenth time, it is claimed Flamini told the Potters’ man: “Do that again and I will blind you.”

The FA supposedly then warned Flamini about his conduct after the final whistle.

A bit of filth and grit in the Arsenal midfield? Whatever next?!