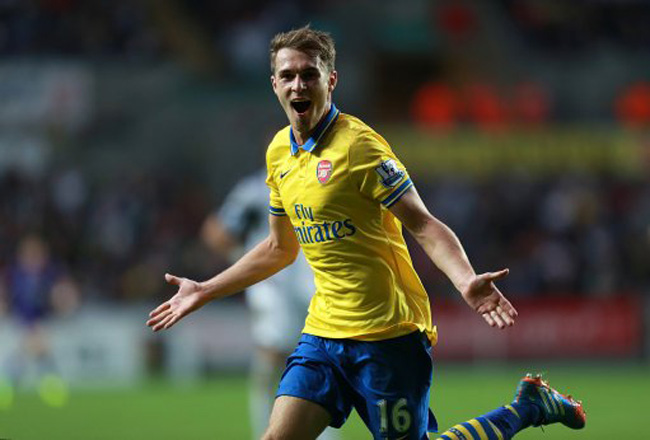 Arsenal made the most of their rivals’ slip-ups on Saturday by extending their lead at the top of the table to two points courtesy of a hard-fought win in Wales.

Swansea had the better of the first-half, although neither side tested the goalkeepers. However, after the break the Gunners improved  with young German winger Serge Gnabry slotting home just before the hour-mark. Things got even better for the visitors soon after when Arsenal’s in-form midfielder Aaron Ramsey finished off a superb flowing Arsenal move by firing past Michel Vorm in the Swans’ goal. That goal had come after the young Welshman had been on the receiving end of some choice abuse due to his Cardiff City past.

Michael Laudrup’s men then fought back and were rewarded with a goal on 82 minutes, courtesy of Ben Davies. However, despite pressing for an equaliser, the home side weren’t able to halt the Gunners superb run of 12 consecutive away wins in all competitions.