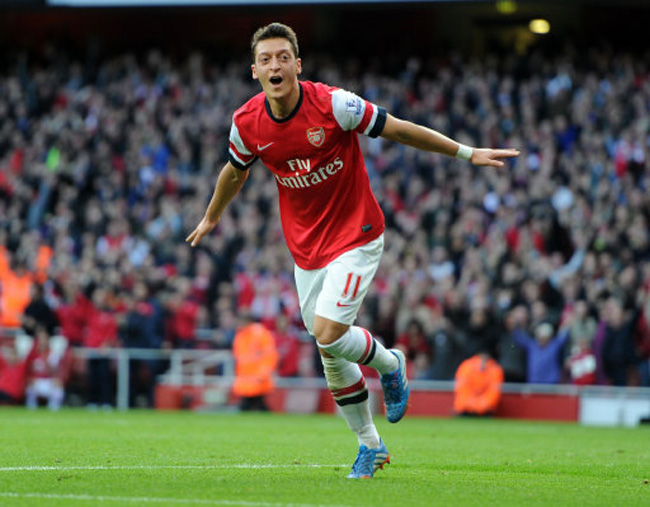 Arsenal stayed on top of the table after securing an entertaining 4-1 win against Norwich on Saturday.

With Santi Cazorla back in action and Aaron Ramsey rested, the Gunners produced a sometimes lethargic display peppered by moments of sheet brilliance. One such moment was the opening goal, which saw Cazorla, Olivier Giroud and Jack Wilshere combine to fashion a definite contender for Goal of the Season.

The Canaries, to their credit, keep plugging away and as the first-half drew to a close, it was the visitors who were on top. After the break, they continued to threaten the Arsenal goal before Mesut Ozil headed home after another fine move from the home team. However, Jonny Howson’s fine drive put Chris Hughton’s men back in the game.

Ramsey, who had come off the bench in the first-half (after Mathieu Flamini suffered a concussion), then produced another moment of magic, throwing a couple of superb dummies before firing past John Ruddy. The Welshman then set up Ozil for the German’s second as Arsene Wenger’s men stayed two points clear at the top of the table.