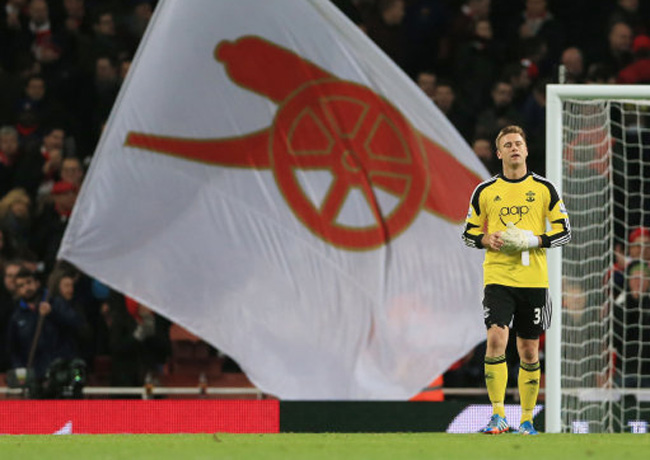 Arsenal weren’t at their best against Southampton on Saturday, but against a Saints side that rarely threatened the Gunners’ goal, the home side had enough to secure yet another three points.

The home side had already hit the woodwork twice before they finally scored. A clever chip from Jack Wilshere and an outstanding back-heeled flick from Aaron Ramsey both came back off the post before finally the Gunners scored. However, that opening goal owed more to the dreadful goalkeeping of Artur Boruc than anything else, with the Polish glovesman caught trying to dribble the ball past Olivier Giroud, only for the Frenchman to prize the ball away from the Southampton no.1 before slotting home.

After that goal the visitors came more into the game, with Jay Rodriguez and Victor Wanyama both superb. However, they struggled to create enough good chances against an Arsenal side who too often look ed sluggish.

The visitors started the second-half well but as the game wore on it was the Gunners who started to push for another goal. The introduction of the fit again Theo Walcott provided the Gunners with another outlet up front but it was Giroud who would net his second of the game late one, firing home from the penalty spot after Per Mertesacker was fouled in the box.

Not a vintage performance by the Gunners by any means, but one which sees them go four points clear at the top.