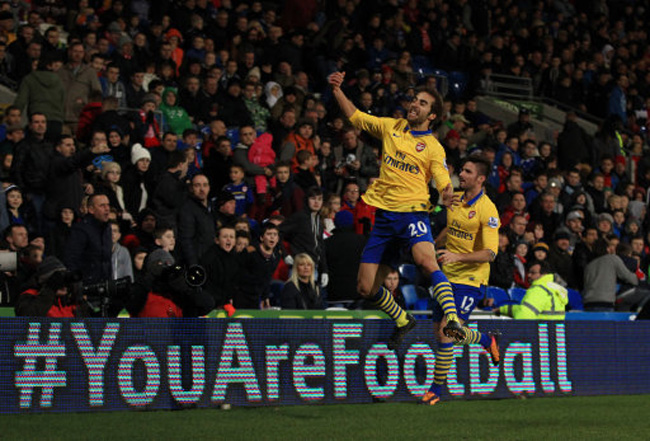 Aaron Ramsey enjoyed a memorable return to his boyhood club, bagging a brace as the Gunners increased their lead, at least temporarily, to seven points at the top of the Premier League.

The midfielder netted two goals while sub Mathieu Flamini also got on the scoresheet in a game the north Londoners deserved to win. However, the home side more than played their part, putting the pressure on the Gunners in the second-half after the visitors had taken a 1-0 lead to half-time. However, with Mesut Ozil pulling the strings, the league leaders ultimately ran out deserved winners. And how refreshing was it to see the Cardiff fans applaud the magnificent Ramsey.