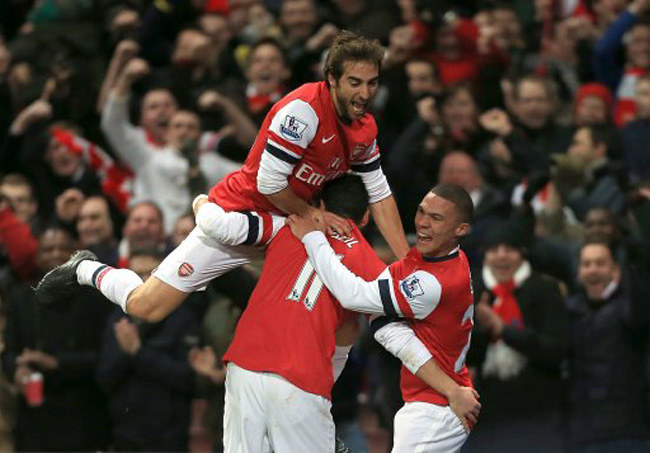 Arsenal and Everton produced one of the most entertaining and high quality games of the season on Sunday, with the two sides having to settle for a draw at the end. The Toffees dominated the first period, with Ross Barkley outstanding. However, after the break, the Gunners moved up a gear and were eventually rewarded when, on 80 minutes, Mesut Ozil netted from close-range.

However, soon after, Everton sub Gerard Deufoleu launched a howitzer which rocketed past Wojciech Szczesny in the Arsenal goal. There was still time for Oliver Giroud to fire against the frame of Tim Howard’s goal but overall a draw was a fair result. Arsenal increase their lead at the top of the table to five points while Roberto Martinez’s Everton go fifth.