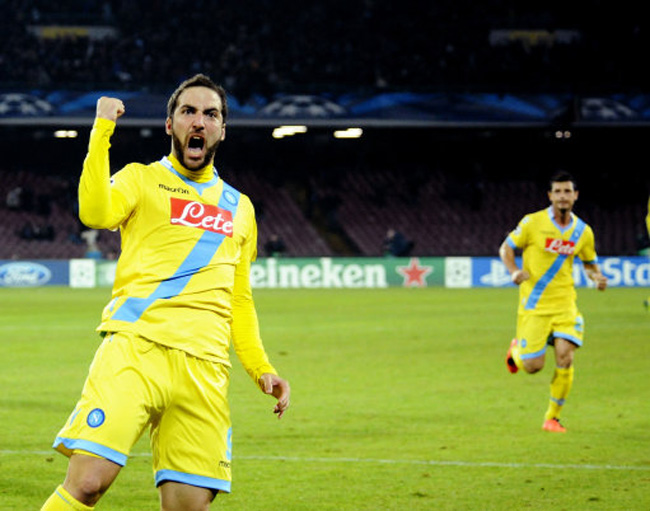 So after all the hypothesising and mathematics, the complicated Group F finally spewed up Arsenal and Dortmund as the two qualifiers. The Gunners though will be disappointed not to top the group after going down 2-0 in Naples. After an impressive first-half from the visitors, they slipped after the break, with Mikel Arteat sent off for two pretty minor challenges and Gonzalo Higuain and Jose Callejon scoring for Naples. However, Arsenal hung on to once again make it into the last 16 while the Italians had the deal with the frsutration of finishing on 12 points but still going out. Arsenal will no face either Barca, Real Madrid, Bayern Munich, PSG or Atletico Madrid in the last 16. Sexy times ahead!