We can’t imagine it’s much fun playing at the Etihad these days especially if you have the misfortune of being on the away side, but the pressure of having his little pink backside paddled by the City steamroller yesterday obviously got to Jack Wilshere, who gave the City fans a quick flick of the middle finger after they jeered him for appealing for a corner-kick that wasn’t given… 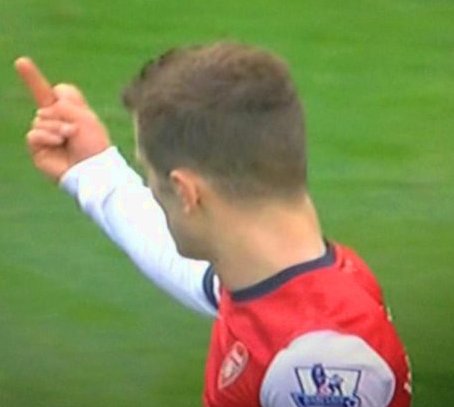 We imagine L’il Jackie Widdlebums can probably expect a letter from the FA to land on his doormat over the course of the next few days. For context’s sake, Luis Suarez was banned for one match back in 2011 when he made an identical gesture to goading Fulham fans at Craven Cottage and the FA refused to believe he was merely using the Makaton sign language signal for “needing the toilet”.

Elsewhere (well, actually still at the Etihad), Mesut Ozil caused a minor stir when he didn’t acknowledge the travelling Arsenal fans after the final whistle. This earned him a furious, pink-faced dressing down from Per Mertesacker in the middle of the pitch… 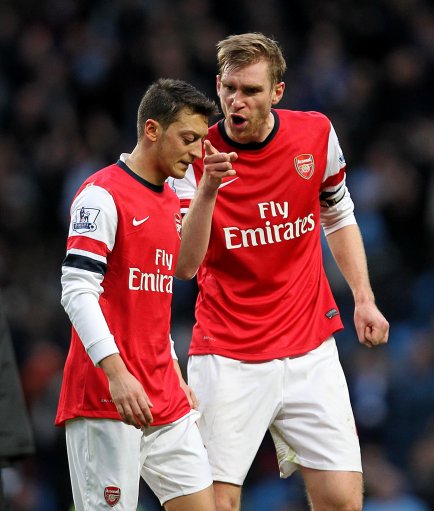 “Sorry I didn’t thank the fans at the end of the game! You have been brilliant to me and I know you had travelled a long way and spent your money to support us.

“I was upset with the result and know I should have come to you to say ‘thank you’ and I know it is a big Arsenal tradition win, lose or draw.”

We suspect all is forgiven.