There is a line of thought being peddled today that Manuel Neuer was able to swat away Mesut Ozil’s penalty at the Emirates last night with such ease as the pair of childhood friends know each other inside out, having grown up and even gone to school together in Gelsenkirchen as boys.

There is also an alternative secondary theory that a half-blind horse with motor skills issues could have also successfully kept such a weak spot-kick at bay, but that’s by-the-by.

Anyway, as nothing more than a piece of footballing miscellanea, here’s a brilliant photo of the 1993/4 school football team at the Gesamtschule Berger Feld school (which is situated directly behind and literally a matter of metres away from Schalke’s stadium) in Gelsenkirchen and which features not one, but two future German internationals in the guises of Ozil (bottom row, second left) and Neuer (bottom row, first left)… 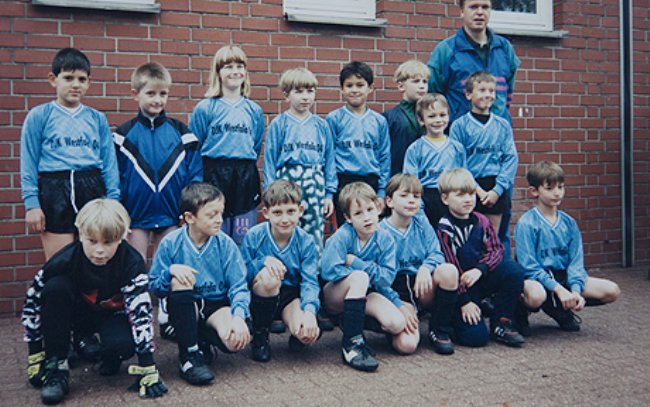 And is that a young Torsten Frings we see too, third from the left on the back row? What a stellar line-up!