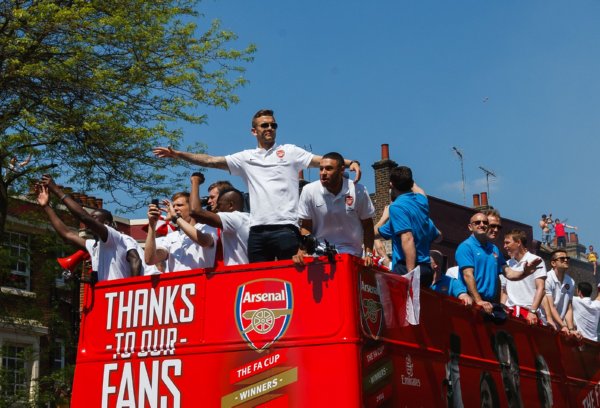 As the Arsenal FA Cup winners parade bus made its merry way around Islington yesterday, Jack Wilshere provided the highlight by forcing Sky Sports News into apologising for broadcasting bad language in the middle of the afternoon by taking to the microphone and gleefully leading fans in a chorus of “what do we think of Tottenham? Shit! What do we think of shit? Tottenham!”

Good to see a player actually properly able to interact with fans on a fans’ level by being a fan too. Rare thing these days, moan, moan, grumble, grumble.

Anyway, coming via Arsenal’s official Youtube channel, here are the rest of the highlights from the Gunners’ bus tour…