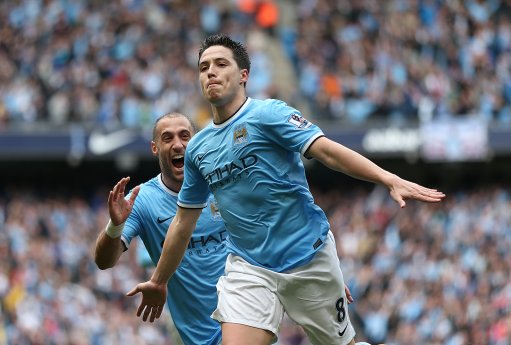 With the two sides set to meet in this afternoon’s Community Shield game at Wembley, Man City midfielder Samir Nasri has stoked the flame war between himself and Arsenal fans by branding them “stupid” in their continued vilification of him.

Nasri has been pilloried as a coin-chasing mercenary by Arsenal fans ever since he left the club to join City back in 2011, but the Frenchman insists that he’s not phased by the boo-boys and that he did what he did for the good of his career, not his bank balance.

“I just think the abuse I get is stupid. I’m not an Arsenal fan, I am not from London,” Nasri told the Sunday People.

“To be honest, we are players and we are just looking at what are the best interests for us and our careers.

“When Manchester City came for me it was the best choice to come here. Since coming to City I have won ­trophies and I have a better life so I am really happy about everything.

“If the fans can’t move on it’s too bad. I am not trying to have a problem with that. They do what they have to do and they love their club.

“They see that as a treason or that I betrayed them but it’s not that. I’m not like that. I just look what’s best for me and that’s what Bacary Sagna did, what Emmanuel Adebayor did and what Kolo Toure did.