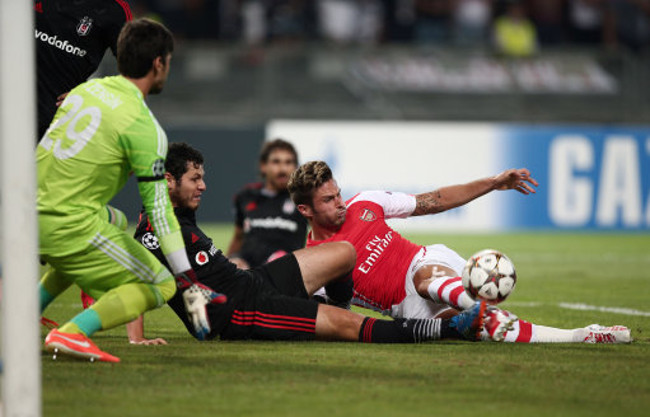 Arsenal came away from Istanbul with a creditable draw on Tuesday night after a tough battle with Besiktas.

Both sides had chances to win the game, with Demba Ba incredibly hitting the bar with a shot from the kick-off before going close again later on and Olivier Giroud failing to capitalise on a handful of chances. Late on sub Alex Oxlade-Chamberlain also hit but with the Gunners went down to 10 men with around 10 minutes to go (Aaron Ramsey picked up a second yellow), a draw isn’t a bad result.

The tie is now nicely poised for the return leg at the Emirates next week although the Gunners, who should have their German World Cup winners back, will be confident of winning that game.

Photos (not many to choose from, sorry!)…