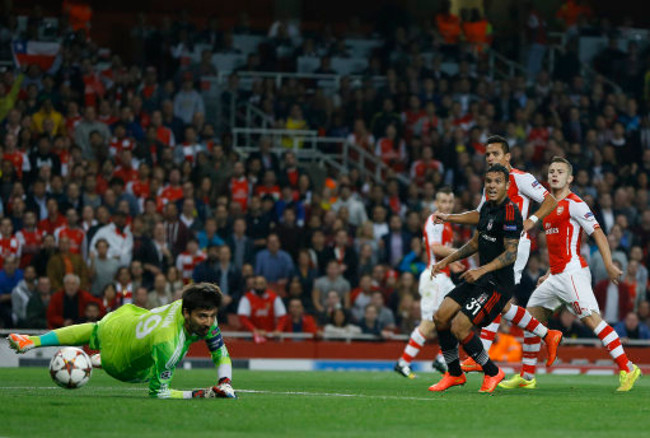 Arsenal’s 17th consecutive season in the Champions League proper was a hard-fought achievement with nerves frayed and nails chewed at the Emirates against Besiktas.

The Gunners were matched by the Turkish visitors throughout but got that vital goal on the stoke of half-time courtesy of Alexis Sanchez with his first for his new club. Jack Wilshere had a major part to play in that goal and the England midfielder was one of the Gunners’ better performers on the night.

The home side were lucky to see a rash Mathieu Debuchy challenge in the Arsenal box ignored by referee Pedro Proença although the Frenchman would see red for a second bookable offence in the second period. As the game wore on, the tension in the stadium rose with Besiktas pushing for a goal. However, Sanchez along with Santi Cazorla amongst others never stopped running although Arsenal did ride their luck a bit late on when Demba Ba missed a great chance to head home a decisive equaliser.

Arsenal go through but the need to add a few orcs to his team of hobbits remains vital for Arsene Wenger if his side are to challenge for both the Premier League and Champions League titles this season.