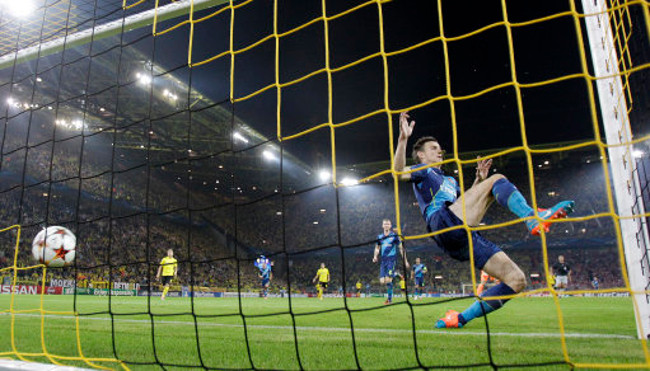 Arsenal produced a quite dismal performance away in Dortmund on Tuesday evening, with the Gunners lucky not to lose by far more than just two goals.

Italians striker Ciro Immobile opened the scoring on the stroke of half-time after waltzing through the Arsenal backline while Pierre-Emerick Aubameyang made it 2-0 just after the break after some more lacklustre defending from the Gunners.

The Germans should have won by far more with Sokratis Papastathopoulos and Henrikh Mkhitaryan, among others, wasteful. While for Arsenal, the best chances fell to Danny Welbeck, who failed to show the requisite cutting edge.

Mesut Ozil produced yet another invisible display while Mikel Arteta was totally ineffectual in the holding midfield role.

Despite spending a fair amount of money this summer, Arsene Wenger bizarrely failed to strengthen his backline and the defensive midfield position and that arguably wilful negligence could well see Arsenal have yet another disappointing season both domestically and in Europe.