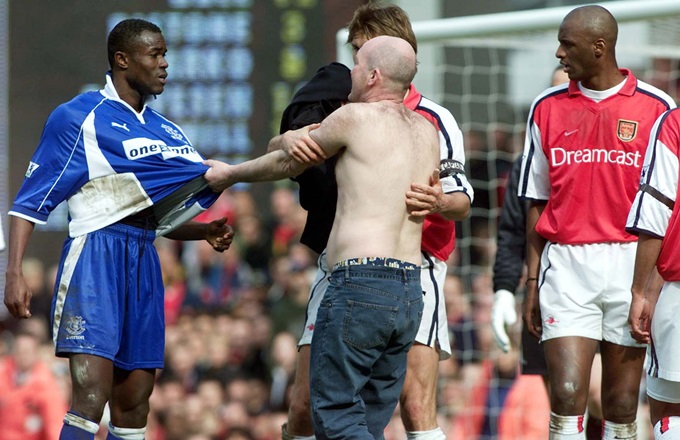 This be the tale of one of Everton’s most infamous duds, Alex Nyarko, and the day he suffered perhaps the ultimate indignity (at least as far as professional footballers are concerned) one fateful afternoon at Highbury back in 2001.

Are you sitting comfortably? Then we shall begin…

Signed on a five-year deal for a considerable £4.5million fee from RC Lens in the summer of 200o, then-Toffees manager Walter Smith infamously gushed that the largely unknown Ghanaian midfielder was “in the Vieira/Petit bracket” prior to his debut against Leeds.

It quickly became apparent that Smith’s lofty assessment may have been a little optimistic, with Nyarko’s initially steady (if unspectacular) performances tailing off rapidly – culminating in the aforementioned infamous incident at Highbury in April of 2001 which led to “Narky” losing faith in humanity and retiring from football with immediate effect.

Losing 4-1 at the time and with Nyarko putting in a less than inspired shift at the coal face, it all proved to much for one incandescently irate Everton fan, who clambered onto the pitch in the 70th minute of the game and demanded to swap shirts with Nyarko – the subtle message being that the besieged midfielder wasn’t fit to wear the club colours. 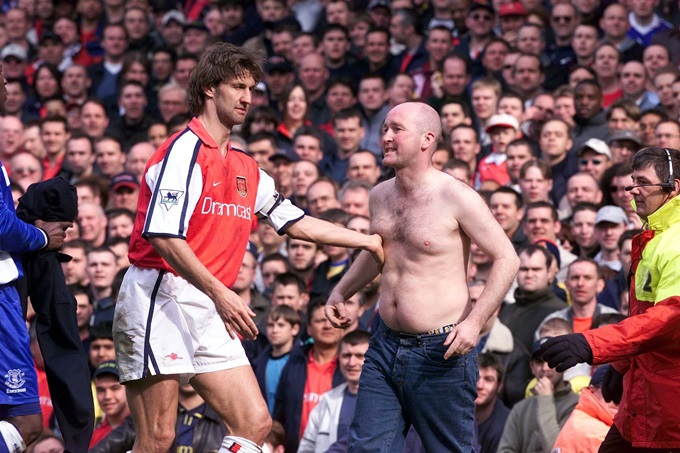 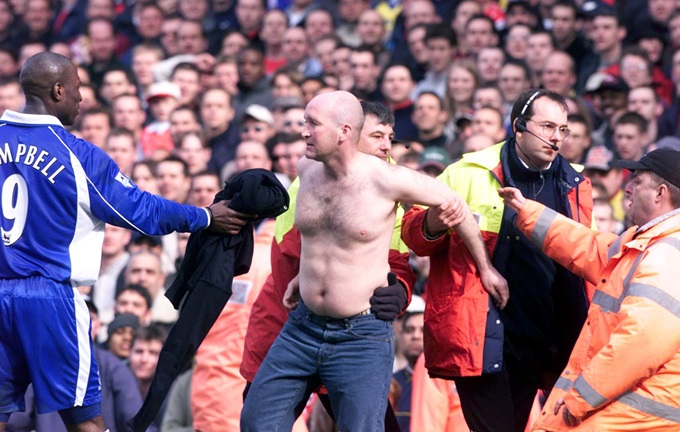 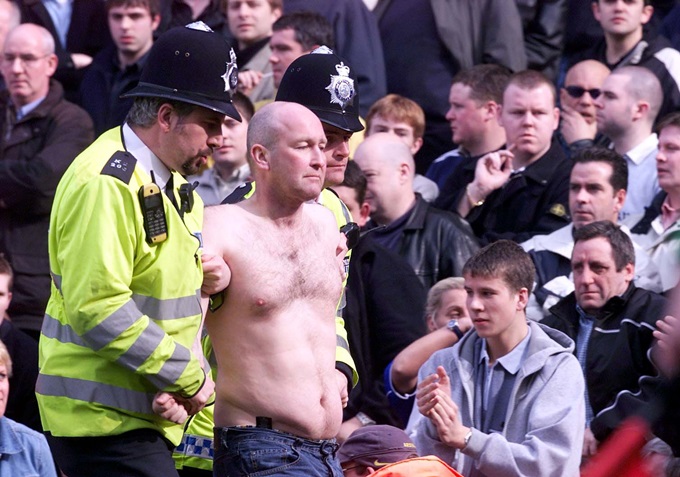 Following the initial confrontation and a subsequent minor scuffle, the livid fan was escorted from the Highbury pitch by police – but Nyarko was left a broken man.

He immediately requested to be substituted, submitted a transfer request and then announced his retirement from football altogether, saying:

‘This is the fourth or fifth time this has happened and that’s it. I’m finished with football.

”This man has done the same thing before. He came and offered me a black T-shirt for my blue one and told me to f**k off.

“So today I have decided I am quitting football. I can’t live my life like this. I can live without football and that is what I am going to do.

”I came to this club when I would have been better off joining another one but I have had no problems with anybody at Everton and I have full respect for everyone.

“I have been happy with the way I have played and I don’t upset anybody, but this is too much.”

Nyarko soon retracted his retirement, but his transfer request was granted by Everton, who allowed him to join Monaco on loan just a few days later.

The following season, Nyarko was farmed out back to Ligue 1 once again, this time joining PSG on a year-long loan – where he did at least manage to score a couple of times… 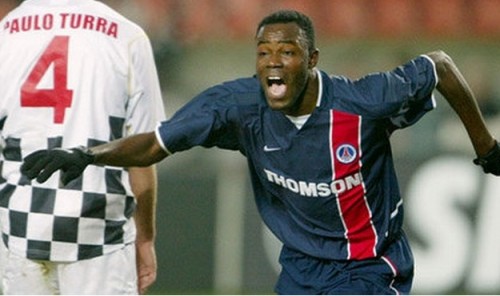 Unlikely as it seems, Nyarko did actually return to Everton’s starting line-up on his return to Goodison for the 2003/04 season – making a further 11 appearances for the club before being released at the end of the campaign when his work permit dwindled to nowt.

With both Southampton and Middlesbrough declining to sign him following short trials at both clubs, Nyarko then spent six months out of football entirely before joining Norwegian side I.K. Start in March of 2005.

He was, however, then released by the club just three months later on June 1st when he requested time off to visit his family in Switzerland.

Skip forward to June 2006 and Nyarko joined Swiss side Yverdon-Sport FC, lasting a full 18 months at the third-tier outfit before being released in December of 2007 and finally retiring from the game once and for all at the ripe old age of 33.