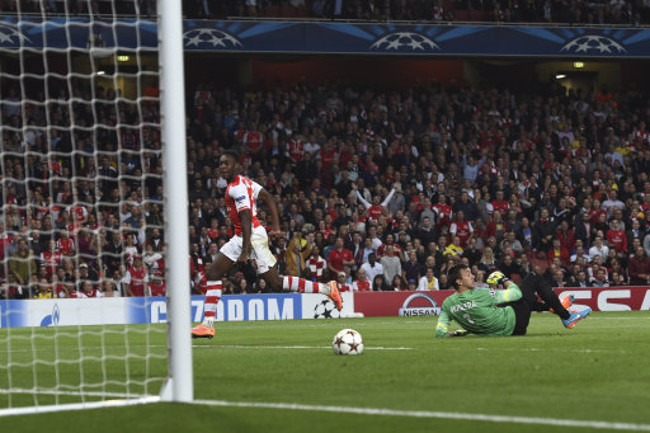 A superb Danny Welbeck hat-trick helped secure a vital Champions League win for the Gunners on a Wednesday night. The England man produced three fine finishes as the visitors struggled to cope with the pace of Arsenal’s front three.

Alexis Sanchez also got on the scoresheet after another vibrant display while Alex Oxlade-Chamberlain was outstanding on the other flank.

Gala struggled to get into the game but were helped when Wojciech Szczesny was sent off for a last-man foul in the box. on the hour-mark. Burak Yilmaz converted the spot-kick past sub goalie David Ospina but the Gunners held on for the rest of the game to get their European campaign back on track.