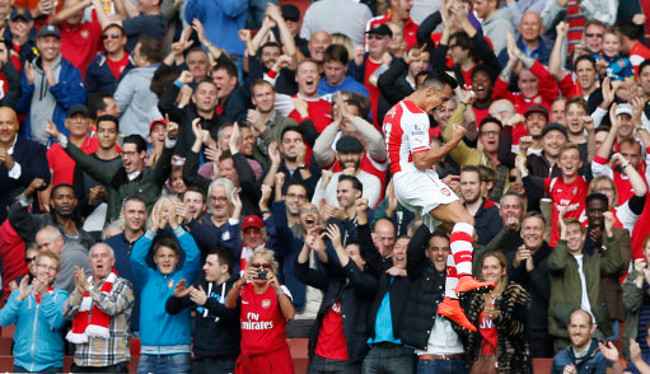 Arsenal’s poor start to the season continued in predictable style on Saturday, with the Gunners having to rely on a last-gasp Danny Welbeck goal to secure a point against Hull.

The Gunners, with a mix-and-match back four of Bellerin, Mertesacker, Monreal and Gibbs took the lead on 13 minutes courtesy of a fine individual effort from Alexis Sanchez. However, soon after in-form midfielder Mo Diamé had levelled the scores, albeit in controversial circumstances. The powerful Senegal star clearly fouled Mathieu Flamini before chipping over Wojciech Szczesny but the goal stood.

Just after the re-start things got worse for Arsene Wenger’s men when Abel Hernandez lost a flat-footed Per Mertesacker to head home Tom Huddlestone’s centre.

However, the Gunners pushed and pushed for an equaliser against a (resolute) Hull and eventually the home side got their reward when the superb Sanchez set up Welbeck who chipped home a precious equaliser.

Another disappointing display from a Gunners’ side sorely missing a physical, combative spine while Steve Bruce will be delighted with the performance from his impressive Tigers’ side.