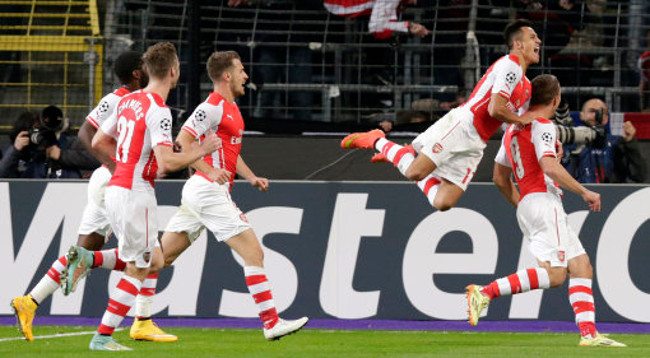 Arsenal produced a poor performance away in Brussels but still managed to come away with all three precious points, courtesy of a very late rally.

For the vast majority of the game, the Gunners struggled to produce a decent final ball against a vibrant young Anderlecht side who threatened the north Londoners’ backline on a number of occasions. The hosts were looking the far more likely score and the goal eventually came when Honduran attacker Andy Najar headed home unchallenged from Dennis Praet’s centre.

Despite going a goal down, Arsenal struggled to test the Anderlecht ‘keeper but after the Belgians had themselves gone close a couple of times, Arsenal conjured up a vital equaliser. Kieran Gibbs was the scorer for the visitors, deftly guiding home Chambers’ cross on 89 minutes. And soon after the north Londoners were 2-1 up, when good play from the impressive Alexis Sanchez allowed sub Lukas Podolski to power home from close-range.

The win, albeit hardly deserved, sees the Premier League side sitting in second spot in Group D, a comfortable five points ahead of both Anderlecht and Galatasaray.