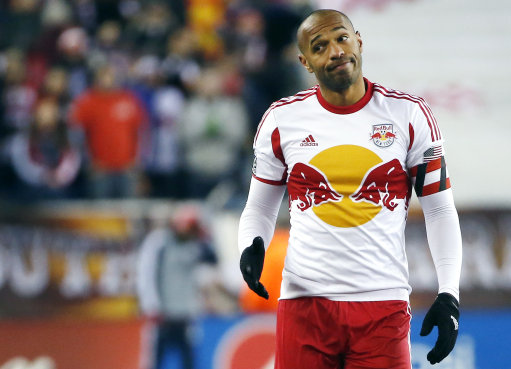 Pre-empting the fact that he may well have played the last game of his glittering career this weekend just gone, L’Equipe have gone ahead and devoted 100 pages of the November edition of their monthly magazine supplement to Monsieur Thierry Henry.

Henry’s current employers, New York Red Bulls, lost 4-3 on aggregate to New England Revolution in their MLS play-off on Saturday evening, with many people assuming the game would be the last of the 37-year-old Arsenal legend’s professional career.

The magazine went to print shortly before the match, with the man himself appearing to hint at his imminent retirement in typically poetic fashion, quoted on the cover as saying: “I will die with the love of this game in my heart. It will be a beautiful death.” 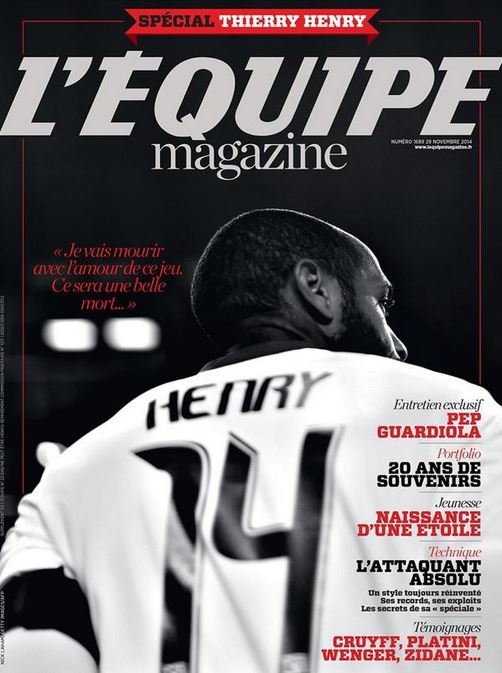 Ever intrepid, Pies traipsed to New England and approached Henry after the MLS play-off to press him on reports of his retirement, but this was the only response we got.

Enigmatic to the very end.