Sadly, all things must pass (into retirement), with the news today that the great Thierry Henry has bitten the bullet and called time on his playing days at the grand old age of 37 – not that he looks a day over 30.

Undoubtedly one of the most gifted players of the post-millennium era, the long, lithe, elegant French forward was undoubtedly the greatest player to play in the Premier League, at least to Pies’ mind.

Never got his shorts muddy, that Henry lad.

Anyway, to mark the great man’s passing in punditry, here’s 14 (see what we did there?) photos of our Thierry in his Arsenal heyday… 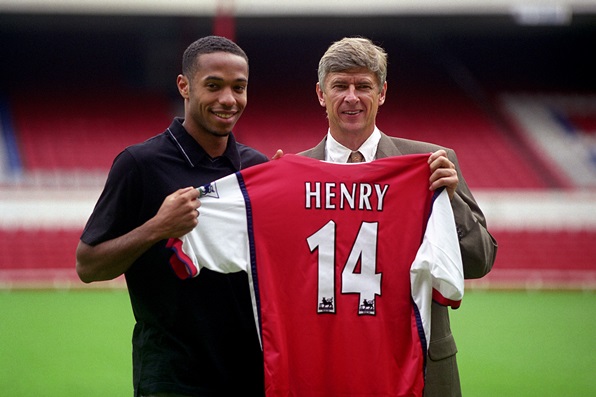 Henry skips away from Leicester’s Muzzy Izzet and Steve Guppy on his Premier League debut for Arsenal, Aug 1999

Henry and Dennis Bergkamp settle in for a spot of Virtua Striker 2, Jan 2000 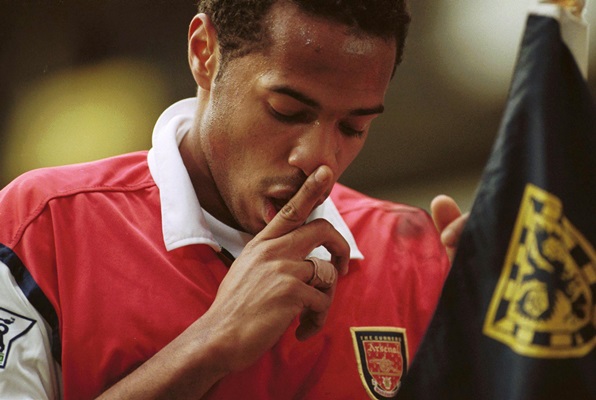 Henry quietly tells the corner flag to shut-up after scoring against Wimbledon, Apr 2000

Henry celebrates a goal against Liverpool by unveiling a cheeky t-shirt at Highbury, Aug 2000 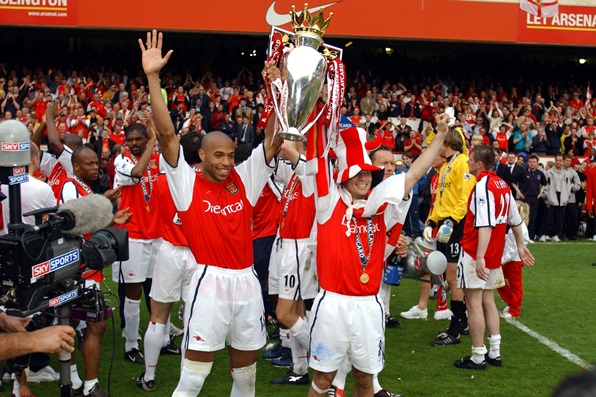 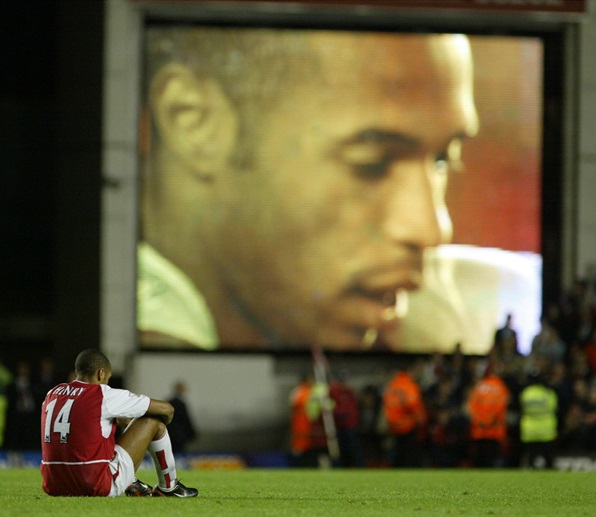 Henry rues a missed chance after rounding the ‘keeper but failing to score against Southampton, May 2003

Henry celebrates in front of the Tottenham fans, November 2002 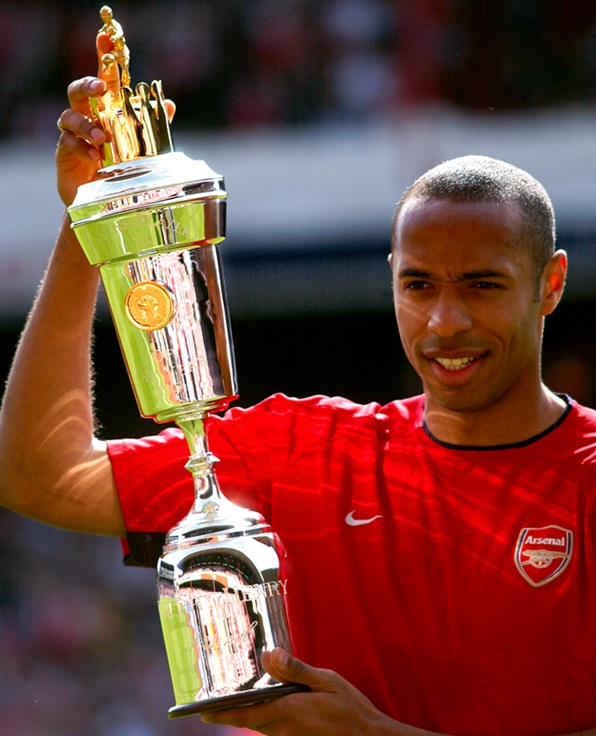 Henry accepts his “PFA Player of the Year” award at Highbury, May 2003 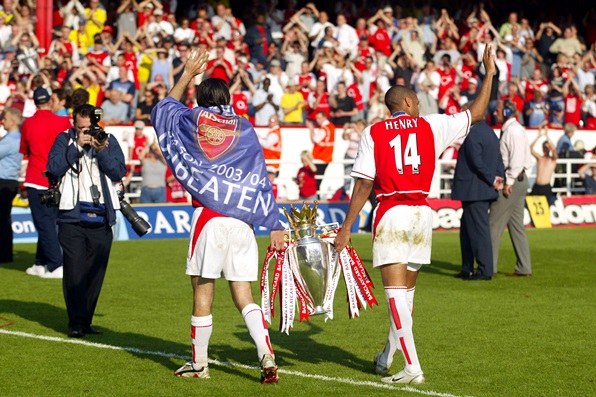 The Invincibles: Arsenal’s Robert Pires and Henry celebrate with their unblemished Premier League trophy, May 2004

Henry shows off his “Golden Boot” and “Barclaycard Player of the Year Award” during Martin Keown’s testimonial at Highbury, May 2004 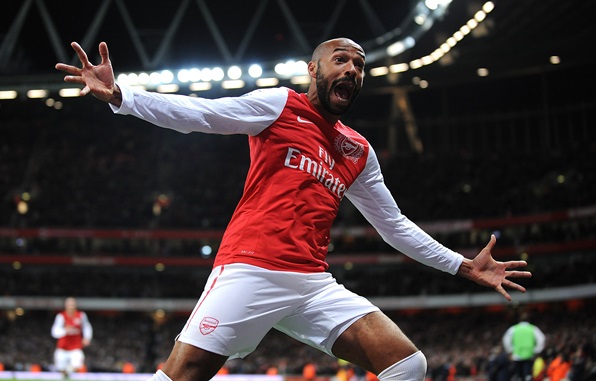 Henry celebrates after scoring against Leeds in the FA Cup on his return to Arsenal in January of 2012. Apparently no-one was more surprised than the man himself!

Yep. He could definitely play a bit, that lad.