Having been paralysed from the shoulders down at the age of 17 after diving into shallow water while on holiday in Portugal and suffering a broken neck, Henry Fraser has had to overcome a motherload of adversity since that fateful day in 2009.

However, after steadfastly refusing to let his disability get the better of him, Henry has since taken up motivational speaking – providing inspirational re-tellings of both his accident and the struggle that followed thereafter on behalf of postural care and sporting rehabilitation charities.

He also has a neat little sideline as a “mouth artist”, which is exactly what it sounds like. Unable to use his hands, Henry has still managed to paint several frankly outstanding pictures of various footballing stars using nowt but his gob. 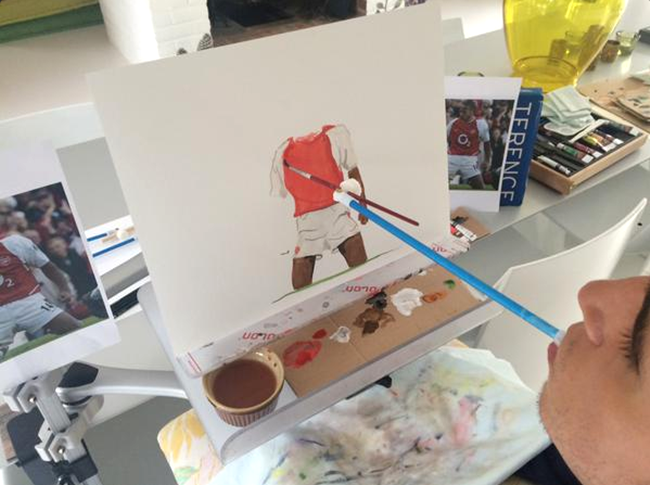 And here’s the finished piece… 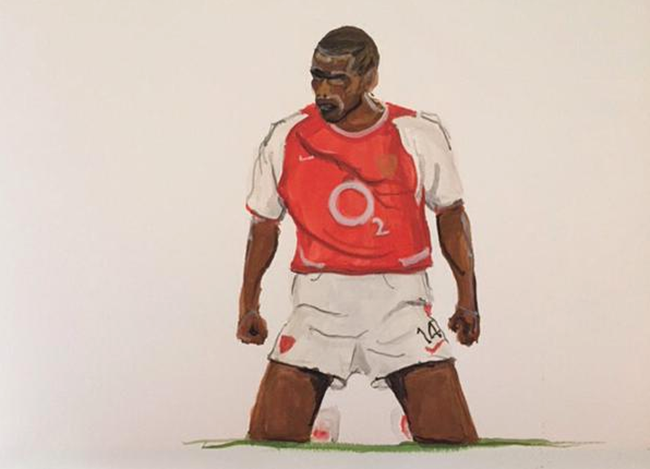 Absolutely amazing, isn’t it? In fact, we’re fairly sure that if we attempted the same thing, it’d look more like somebody had just spilled a can of chopped tomatoes on a white canvas.