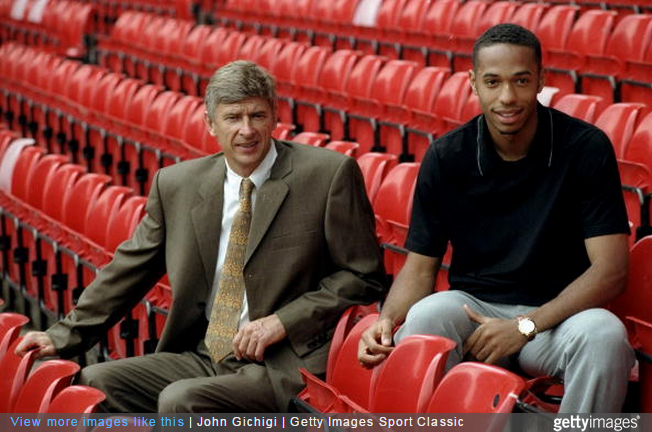 Just eight months after joining Juventus from Monaco, Thierry Henry signed for Arsenal 16 years ago today. It didn’t prove to be a bad deal in hindsight.

Henry went on to become the Gunners’ record goalscorer, notching up 226 goals over the next eight years. He helped the club to two Premier League titles, three FA Cups, two Community Shields and a runners up spot in the Champions League.

He was top scorer in the Premier League for a record four seasons and twice won the European Golden Boot. In 2006 he became the first player to score 20 goals or more in five consecutive seasons. He was PFA player of the year twice, and FWA player of the year three times.

He was voted the club’s greatest ever player by Arsenal fans.

While his goalscoring exploits and silky playing style underline why, there’s an interesting debate to be had about whether it’s Henry or Denis Bergkamp who should be considered modern Arsenal’s most influential player.