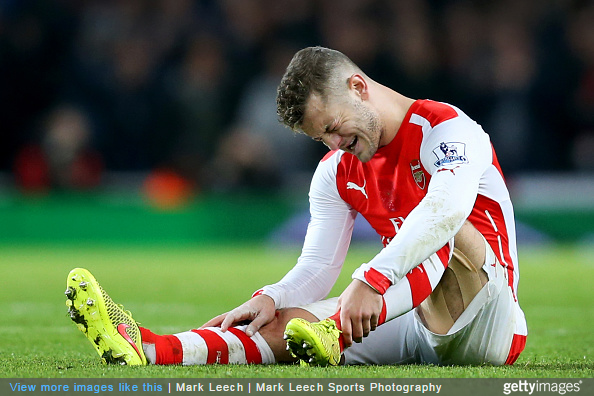 Not that it’s going to come as the remotest shock to anybody, but it would appear that Jack Wilshere’s latest injury is much more serious than initially thought.

Wilshere broke again during a training session the day before the Community Shield but the injury was initially only expected to keep the brittle midfielder out for a matter of days.

However, it’s being reported in the Daily Mirror (among other sources) this morning that Arsenal’s medical team have discovered a suspected hairline fracture of Wilshere’s left fibula, meaning that the 23-year-old is looking at a minimum of 6-8 weeks out of action.

If their worst fears are realised and surgery is required, then Wilshere’s lay-off could be nearer the three-month mark.

This is getting silly now. It’s time for the adamantium skeleton upgrade.