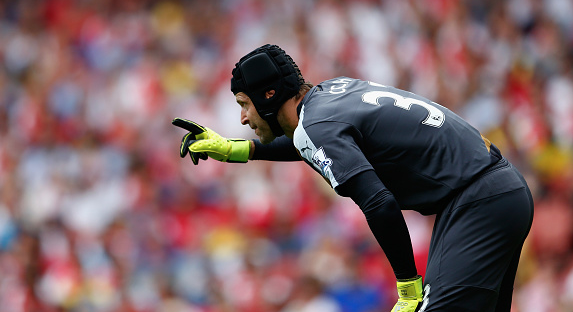 To let in one soft goal may be regarded as a misfortune; to lose two on your Premier League debut for Arsenal looks like carelessness. But Petr Cech – known to Chelsea fans as ‘Agent Petr ‘ – has made the difference for Arsenal alright, letting in two weak goals against West Ham United.

Goal No.1 (see it here) was soft, but goal number 2 was made of wet butter – which is, incidentally, what Jose Mourinho had all over his hands when he shook Cech by the gloves and wished him a fond farewell:

#VIDEO GOOOAL! Cech beaten at his near post, Zarate 2-0…Wenger scrambling to find the receipt for his purchase! https://t.co/KZjWV8Up6v