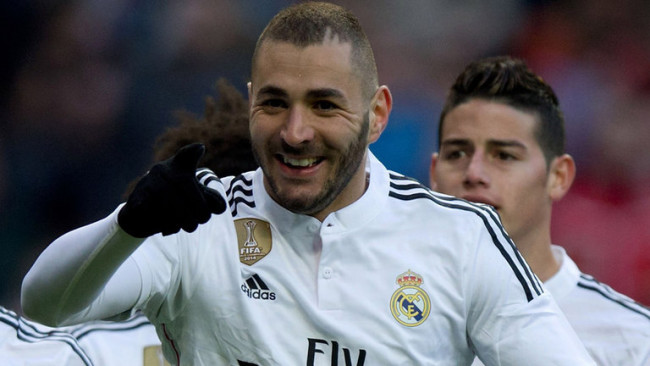 Arsenal will spend the season building a dangerous striker. Speaking before Arsenal’s opening match of the season against West Ham United (and you can see how well that went here), Arsène Wenger talked strikers.

You always wanted perfect pitches, I’m involved in that. We develop only midfielders now, because all the education is about passing on the ground, on perfect pitches. We produce plenty of good, technical midfielders but maybe we have to create schools for centre-forwards. When I arrived in England, at every single club there was a guy who before the game you’d say, ‘Be careful, he’s good in the air. Be careful because he’s aggressive’.

Before, you had to kick the ball from the back to the front and go behind and fight with the centre-back to win the ball and have a chance to retain it. Somewhere, the conditions have changed and we have not adapted in our education. We just develop players who are good passers of the ball.

Are Arsenal going to buy Karim Benzema? Real Madrid are a mere £350m in debt. If the Spaniards buy David De Gea from Manchester United, selling Benzema could become a necessity.

The Mail says “Arsene Wenger has been given the all clear to break Arsenal’s transfer record to land Karim Benzema.”  The paper adds that the Gunners will offer Benzema in excess of  Mesut Ozil’s £150,000-per-week wages to land their No 1 target. But if the Gunners really want a fighter who can head the ball, why didn’t they buy Benteke?