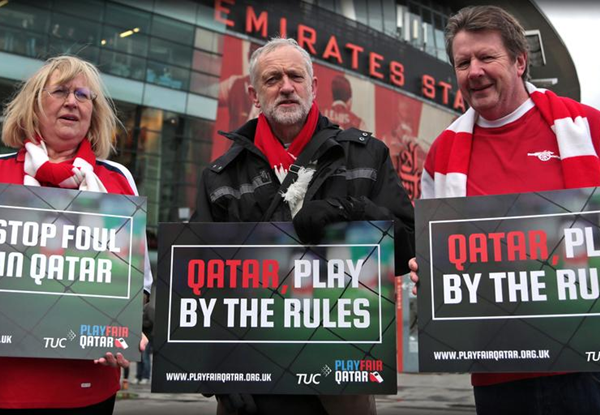 It’s been unearthed today that Labour leadership candidate Jeremy Corbyn, the bearded gentlemen you see before you, once exercised his democratic right to back an official Parliamentary motion to have Arsenal recognised as “the greatest football team in the world”.

Corbyn, a known Gooner, undersigned the motion after it was presented to the house by fellow Labour MP Brian Sedgemore in April of 2004 – the year the Invincibles won the Premier League title..

The motion, still visible on Parliament’s official website, asked that the house recognise the Gunners for the “fluency and poetry” of their football…

“This House believes that Arsenal is the best club football team in the world at the moment and admires them for the fluency and poetry that they have brought to the beautiful game.” 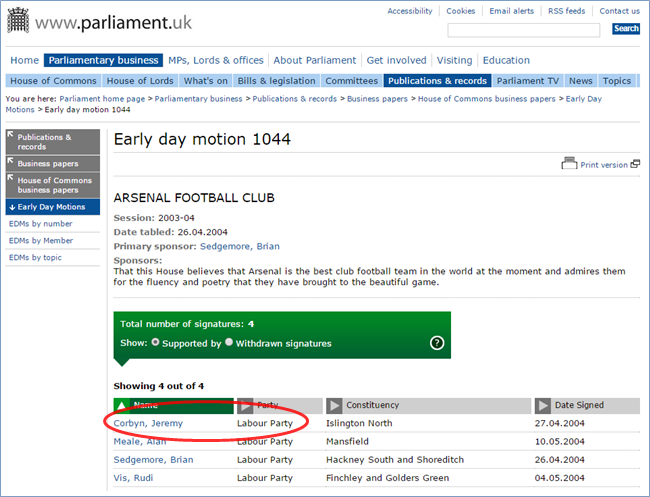 Corbyn, who has served as MP for Arsenal’s home constituency of Islington since 1983, was the first to second the motion – though further support proved to be decidedly thin on the ground.