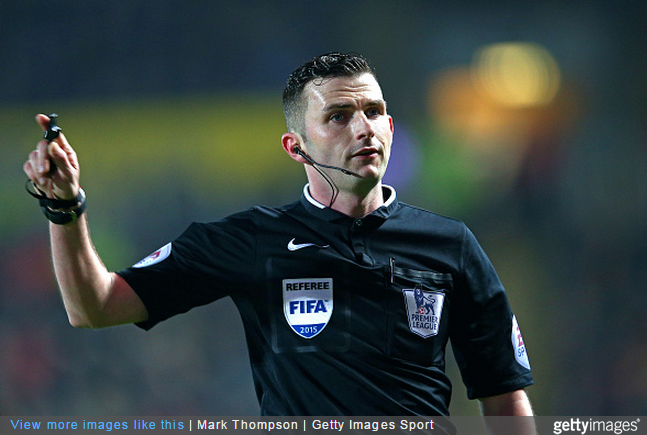 It was supposed to be his night off, but Premier League referee Michael Oliver found himself plucked from the crowd and forced to work overtime during last night’s women’s Continental Tyres Cup game between Arsenal and Reading.

As the game neared half-time, one of the lineswomen on duty at Meadow Park pulled up injured and was unable to continue.

A desperate call then went out over the PA system in search of any qualified assistant referees sat in the crowd.

Fortunately, the referee in charge, Lucy Oliver, happened to know that at least one member of the crowd had the correct credentials and proceeded to press-gang her spouse into taking over on the touchline.

As the second half started, supporters gradually began to realise that the man with the flag was the very same chap who oversaw Arsenal’s 0-0 draw against Liverpool in the Premier League on Monday evening.

Indeed, one fan in attendance live-Tweeted the entire exciting turn of events…

Michael Oliver is in the crowd tonight. Weird to see him in civilian clothing somehow…..

Fucking hell. There has legit been a call the tannoy for a qualified assistant ref to report to the tunnel.

Yep, Michael Oliver running the line in the second half.

Yep, that’s about the long and short of it.