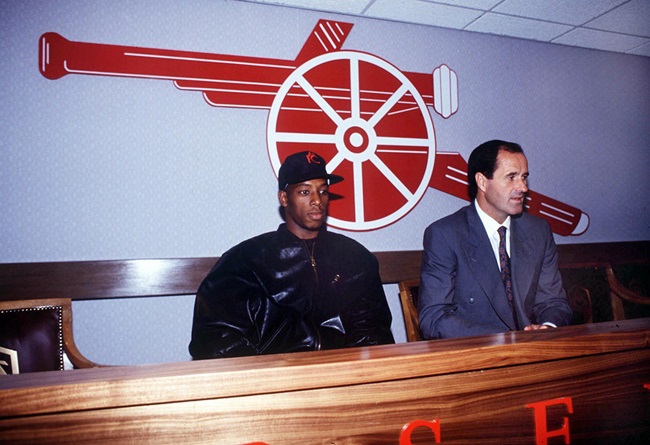 Ian Wright was a ripe 28-years-old when Arsenal signed him from Crystal Palace for a then club record fee of £2.5million in late September, 1991.

At the time, doubts were expressed about the wisdom of paying so much for a player who had spent six seasons at Selhurst Park after coming to professional football relatively late – he signed his first pro forms aged 22 after being spotted playing in the local non-leagues for Greenwich Borough.

Wright had scored 117 goals for Palace and wasted little time in adding to his tally at Highbury.

He scored on his debut in a League Cup tie, bagged a hat-trick on his league debut and subsequently went on to win the Golden Boot in his first season with the Gunners…

He was Arsenal’s top scorer for six seasons in a row, and eventually in 1997 took the record of all-time top goalscorer from the legendary Cliff Bastin. He remained the club’s al-time top scorer until some bloke called Thierry Henry snaffled it off him in 2005.

Now, about those doubts…