Well it looks like Arsenal have finally found their new No. 9, in the 31-year-old shape of Gallic grunt Mathieu Flamini.

In the season’s first North derby on Wednesday night, the Gunners ran out 2-1 winners against Tottenham to book their place in the fourth round of the Capital One Cup, with none other then Flamini the two-goal hero for the visitors. 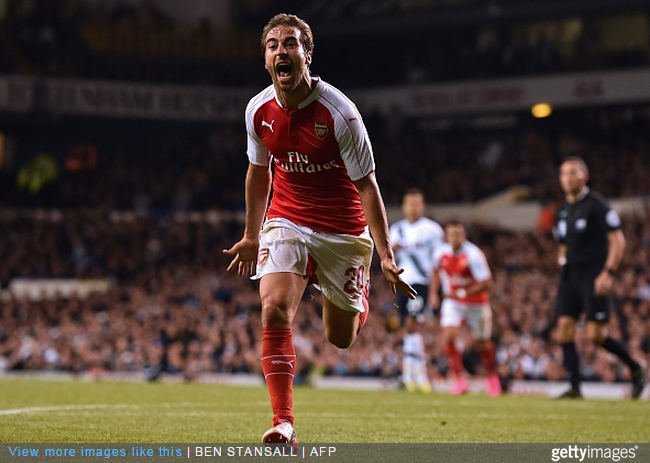 Ox’ shot is tapped in by Flamini of all people. 1-0 Arsenal! pic.twitter.com/anNFnH7PJg

A Calum Chamber OG early in the second-half level the scores but on 78 minutes, the Flamster produced a superb volleyed effort from outside the box, a goal which ultimately fired the Gunners into the next round of the competition…

Courtesy of that brace, Flamini is now the joint-top-scorer for the Gunners in all competitions this season.