Arsenal kept the pressure on league leaders Manchester City, courtesy of an impressive 3-0 win away at Watford on Saturday. 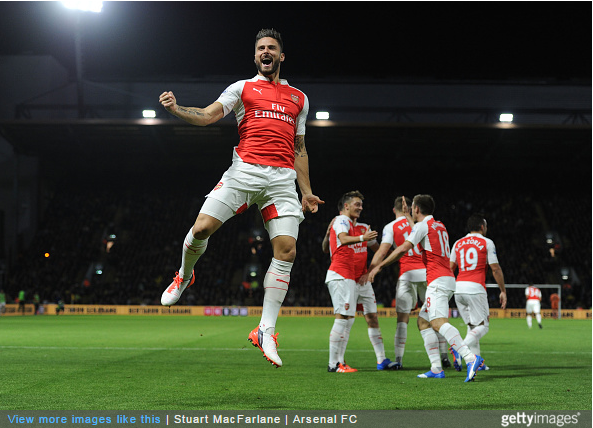 Starting with a full-strength XI, the Gunners were pushed all the way in the first-half by a hard-working and disciplined Watford side.

However, the Hornets were always a threat on the break in the first-half, with Troy Deeney and then top-scorer Odion Ighalo going close.

Aaron Ramsey had a fine chance to open the scoring, only to fire over the bar from point-blank range.

After the break, the Gunners started to dominate as the home side tired. The opening goal eventually came on 62 minutes, when a superb passing move saw Mesut Ozil tackled in the box, leaving Sanchez to blast home in off the post.

Ramsey then netted a deserved third as the north Londoners powered to victory.

The win sees Arsenal stay just two points behind league leaders Man City, and with Sanchez and Ozil once again shining, a genuine title tilt looks on. As for  Quique Sanchez Flores, his side’s lack of a cutting edge will no doubt concern the Spaniard.