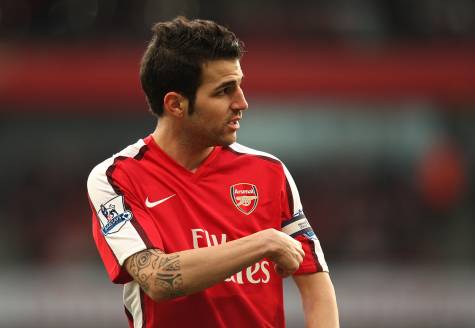 Lionel Messi has stated that he fully expects Arsenal talisman ‘Cesc Fabregas to rejoin his boyhood club Barcelona at some point in the near future – as the Gunner’s captain has the blaugrana ‘in his blood’.

Messi played alongside Fabregas in Barca’s La Masia youth academy before the Spaniard left to join Arsenal in 2003 at the tender age of 15 and, speaking to The Daily Express, the Argentinian wing-wizard believes that a return to the Catalan giants is on the cards;

“Cesc has a place for Arsenal in his heart, but he has Barcelona in his blood, he will want to win the biggest prizes in football, and I expect him to do that at Barcelona. I don’t exactly know when that will be, but I expect him to be my Barcelona team-mate again at some point.

I am sure that Arsene Wenger and Cesc have a father-son relationship and I know that he has a very special relationship with the Arsenal fans. When you grow up at a club, it is more than just a club. The coaches, the players, the people in the club will be like family.

But Barcelona is his city and it is the club of him and his family. There are only a few players in the world who can improve this squad we have but Cesc is one of them.”