On something of a culture kick at the moment, Arsenal manager Arsene Wenger has revealed he has a deep-seated admiration for the life and work of Bob Marley.

That’s right. When the stress of the job gets too much, Wenger loves nothing more than winding down with a bit of irie Natural Mystic.

Speaking in an interview with Le Parisien, the Frenchman discussed his love for Jamaica’s most famous son:

Yes, I love his music and the man that he was. He was not ‘fabricated’. He was real.

I love people who do not have conventional paths and who stand out because of their talent. Raymond Devos and Pierre Desproges are also some of my favourite comedians.

Having discussed a few of his personal philosophies while posing for a fashion shoot in L’Equipe last month, Wenger was pressed further about the man behind the chin-to-ankle zip-up coat.

It is true, [philosophy] is an aspect of my personality that people do not know about.

With my job, I am often stressed, so I might appear a bit like a constipated person.

But I like to laugh when I am with my friends and to let my humorous side reign free, something that I obviously cannot do in front of the media.

Oh, we’ve all seen your humorous side Arsene. Don’t worry about that sunshine… 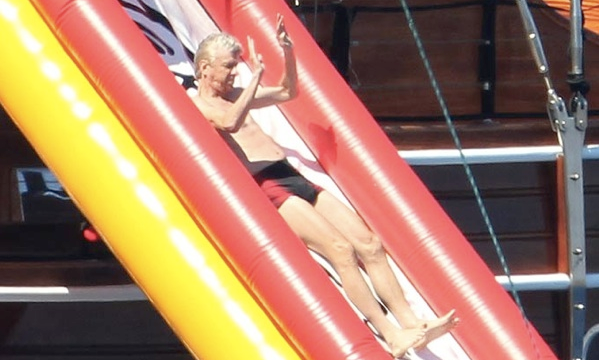