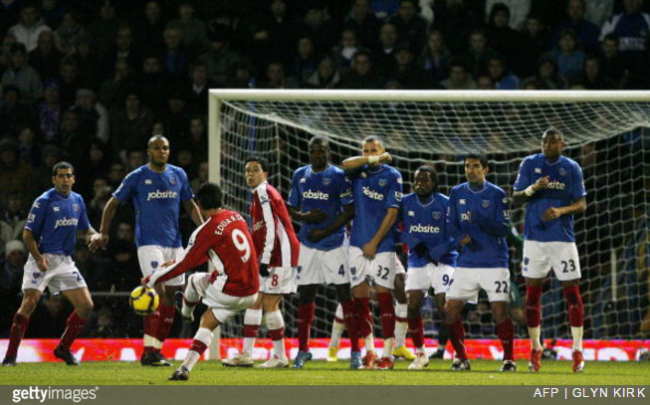 The extent of the effect the Premier League has had on the English game had never been quite so underlined before Portsmouth welcomed Arsenal to Fratton Park on 30 December, 2009.

As well as Arsenal’s impressive 4-1 win, the game was also memorable for the fact that not a single English player made the starting line-up for either side – the first time it had ever happened in the English top division.

France had a total of seven representatives on the pitch, five for Arsenal and two for Pompey. Two more players were French-born but Algerian in terms of their national team allegiances. Also represented were Iceland, Bosnia, Belgium, Republic of Ireland, South Africa, Israel, Scotland, Wales, Spain, Ghana, Croatia, Cameroon and Russia.

If Pompey’s first-choice ‘keeper David James had not been injured and replaced by Asmir Begovic, the landmark would not have been set.

For the record, two English players did feature before the night was out – Arsenal youngster Craig Eastmond came on for Samir Nasri five minutes from time, while the home side replaced Glaswegian midfielder Richard Hughes with Michael Brown in the 92nd minute.