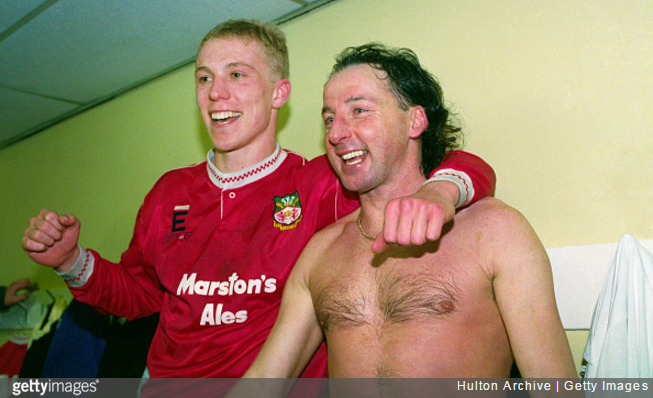 With FA Cup third round weekend almost upon us, what better time to reminisce about one of the biggest cup upsets of all time?

This particular third round meeting on January 4, 1992, matched the previous season’s First Division champions, Arsenal, with the side that had finished bottom of all the 92 professional clubs, Wrexham.

In fact, if it wasn’t for Aldershot going broke and resigning from the league, Wrexham may not have been there at all.

When the two sides met at Wrexham’s Racecourse Ground, they were separated by 79 league places. And when Alan Smith put Arsenal ahead in the 43rd minute, the outcome began to look very predictable.

But, in the 82nd minute, Wrexham’s 37-year-old captain Mickey Thomas lashed a beauty of a free-kick past Arsenal ‘keeper David Seaman.

Wrexham were fired up and, two minutes later, Steve Watkins grabbed the winner to seal one of the biggest giant-killings in years.

Here’s Thomas’ rollicking free-kick again, which you can see in super slo-mo thanks to this “work of motion art created by a small collective of Wrexham fans”.