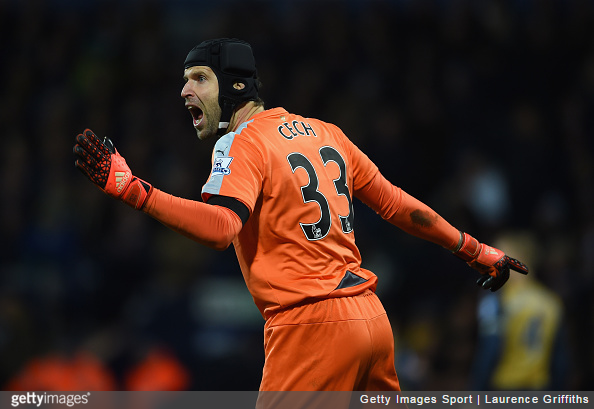 As well as being a damn fine goalkeeper and a dab hand on the drums, Petr Cech has revealed that he also boasts some impressive chops when it comes to multilingualism too.

Indeed, the Arsenal ‘keeper has divulged that he regularly communicates with the rest of his back line in three different languages.

Cech chose to speak to the Daily Mirror in English, but can also converse freely in Czech, French, Spanish and German.

I speak to the full-backs (Hector Bellerin and Nacho Monreal) in Spanish, to (Laurent) Koscielny in French and to Per (Mertesacker) in English because for him it is the same as me.

He organises people in English. Sometimes foreign players wouldn’t know what you say.

That’s when you realise it’s easier to say it in their language than hoping they will understand.

Smashing. No wonder Arsene Wenger was so keen to bring Cech in.

Now the Gunners boss finally has somebody he can discuss the complexities of Spanish singular form adverbs with.