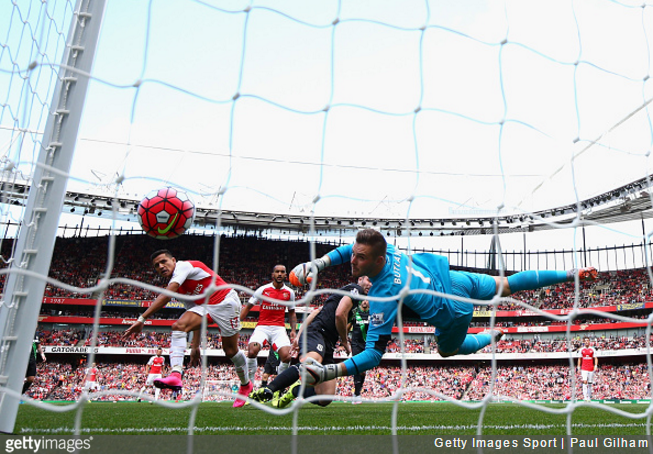 With their title tilt faltering afore their eyes once again, Arsenal fans might be able to salvage a crumb of comfort from knowing that there is an alternate reality in which their team is top of the Premier League table.

Such is there wont, the Premier League themselves have crunched the numbers and totted up a hypothetical league table that takes every single shot that has hit the woodwork in the top flight this season and counts it as if the goal had gone in.

This slightly fanciful stipulation sees Leicester City knocked off the top spot, with Arsenal overtaking the Foxes at the summit, if only on goal difference… 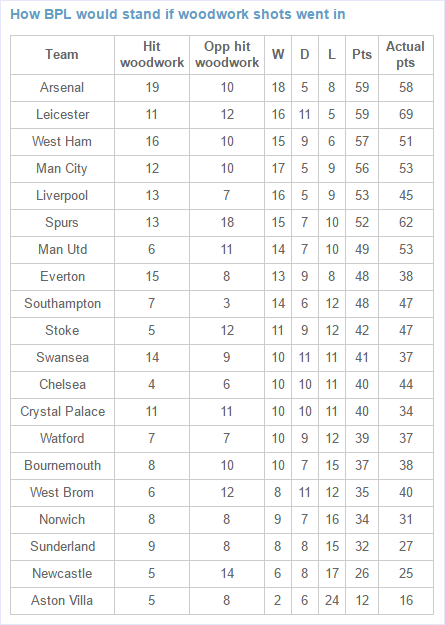 Once all woodwork-bound shots for and against are factored in, Leicester would find themselves with 59 points from 32 matches, 10 fewer than they have at the moment.

On the other hand, Arsenal would be one point better off than they are now, having hit the woodwork the most times of any side in the division (19).

Elsewhere, due to having their opponents rattle their goal-frame 18 times, Tottenham would suffer a 10-point deduction and drop from second way down to sixth as a result.

Down at the bottom, Norwich, Sunderland and Newcastle would all stay where they were while Aston Villa, perhaps inevitable, would already be relegated with a measly 12 points to their name.

All completely pointless of course, but Arsenal fans are a dainty bunch who need all the solace they can get at the moment.