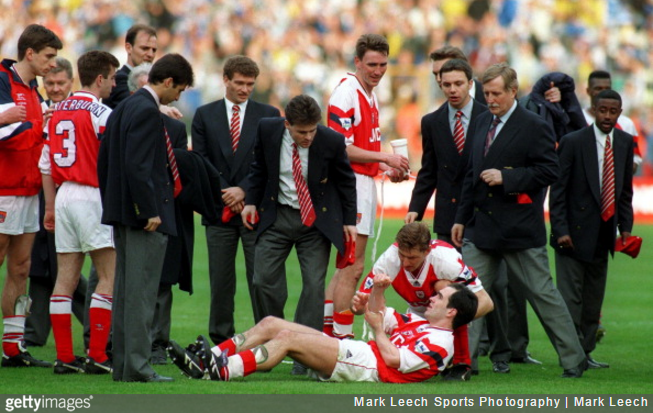 On this very day in 1993, Arsenal won the Coca Cola Cup final thanks to a rare goal from Steve Morrow, the Belfast-born defender grabbing the winner in a 2-1 victory over Sheffield Wednesday at Wembley.

His 68th-minute, cup-winning strike was one of just three goals Morrow scored in his entire, 13-year professional career in English football.

When the final whistle sounded, few inside the stadium were more overjoyed than Tony Adams, though sadly the Gunners captain swiftly went a bit over the top with his celebrations. Actually, to be more precise, it was Morrow going over the top.

As Adams attempted to hoist his defensive stablemate onto his shoulders he lost his grip, sending Morrow tumbling to the floor from a great height, breaking his arm in the process.

Morrow was then rushed to hospital while his colleagues were left to climb the steps and lift the trophy without him. 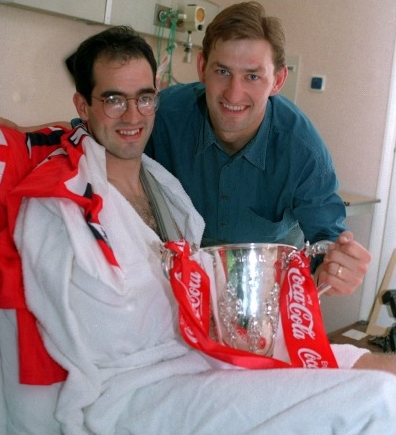 It could have been worse. Morrow, who went on to design coaching programmes at Arsenal, told the press some years later that as soon as he fell “I could tell there was something badly wrong.”

So, evidently, could his skipper. “Tony, bless him, saw my arm was in a very unnatural position and went to lift it and put it back. The doctor stopped him, thankfully!”

As one of the Arsenal fan sites observed, Morrow probably gives the statue of Adams a very wide berth when he visits the ground these days. The flashbacks must be unbearable.