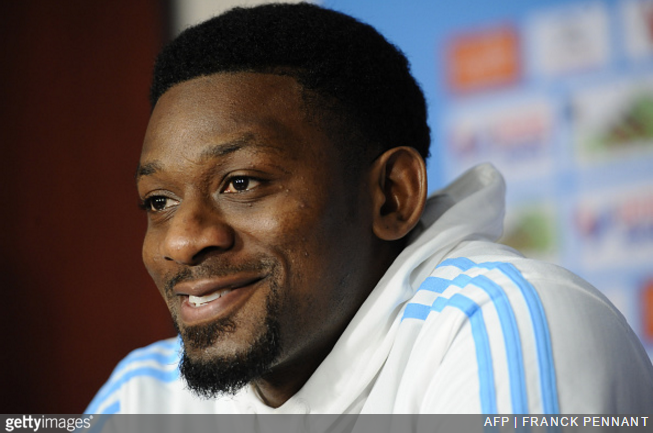 It’s a pleasure to (belatedly) announce that Abou Diaby has successfully made it through a full 90-minute football match unscathed for the first time in over two years.

After fighting back from yet another injury setback, Diaby lasted the entire distance on Wednesday night as Marseille narrowly beat second-tier Sochaux to earn themselves a place in the Coupe de France final.

Speaking to L’Equipe after the match, Diaby said:

It’s a huge relief to have played the whole match. It’s been a long time since I’ve played for as long.

I’m very happy – all the more so since there was a win at the end. Now there are a few matches left to continue this momentum and prepare well for the final.

This victory will give us confidence and we’re in good condition to tackle the next games in the league well.

The French midfielder last managed 90 minutes while playing for Arsenal Under-21s back in 2014. His last full match for the senior squad came in 2013.

He may well have spent over four cumulative years on the sidelines since the start of his pro career, but Diaby is still only 29 so in theory there’s still plenty of life left in them thar gangly legs.

Here’s hoping this doesn’t prove to be yet another false dawn.