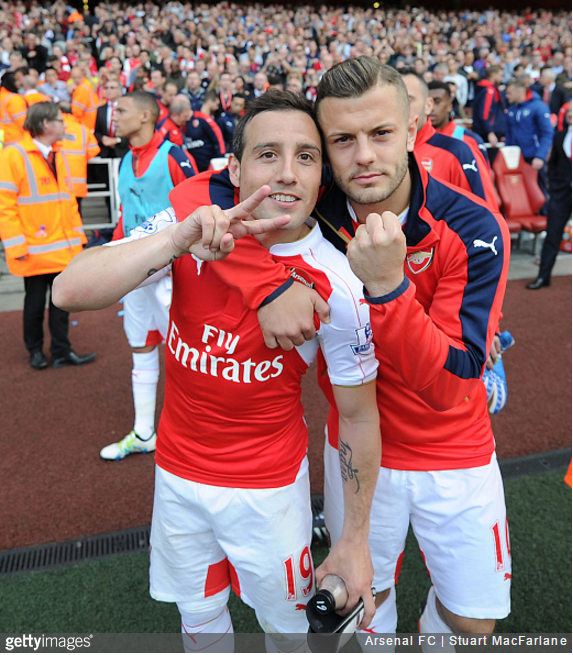 It would appear that not only has Santi Cazorla’s infant son not only inherited his dad’s mighty 5ft frame, but also a fair dash of his exquisite mastery of the football too.

Five-year-old Enzo Cazorla was filmed showing off his dribbling prowess as Arsenal celebrated their second-place finish on the pitch at the Emirates on Sunday afternoon.

However, unlike the usual ‘aww, isn’t that adorable?’ fare, the youngster actually demonstrated some seriously impressive chops, bobbing and weaving his way out of trouble before launching an ambitious 45-yard shot goalwards…

Yep, five years old and wee Enzo is already ten times more deft and assured on the ball than we’ve ever been. Goddamn his superior genetics.

Now if you’ll excuse us, we need to find a dark corner to softly weep in.